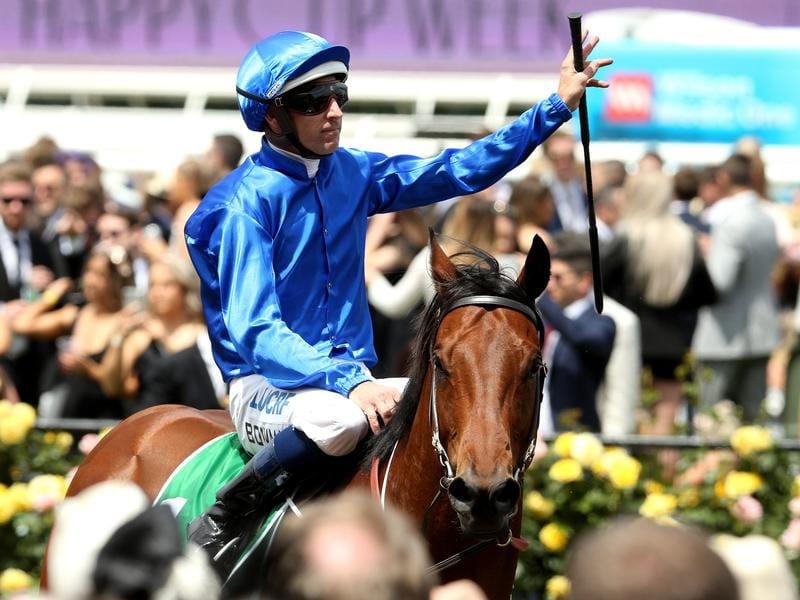 James Cummings has become a third generation-winning trainer of the Linlithgow Stakes after Osborne Bulls won the Group Two race on the opening day of the Melbourne Cup carnival at Flemington.

Now run as the TAB Stakes on Saturday, the race was won by Cummings’ grandfather Bart in 2007 with Swick while his father Anthony won it twice with Fontelina in 2012 and 2013.

Coming off a last-start third in The Everest at Randwick on October 13, Osborne Bulls was looked upon as one of the best bets on Saturday’s program.

The victory completed an early double for Cummings and jockey Hugh Bowman after combing in the Carbine Club Stakes with Ranier.

Osborne Bulls may return to Flemington next Saturday for the Group One VRC Classic over the same trip for which he had his price trimmed from $11 to $8 following Saturday’s success.

“It’s not beyond the realms of possibility,” Cummings said.

“I’ll think about but it’s best not to make a decision on raceday.”

Osborne Bulls has now won nine of his 14 outings after having a delayed start to his racing career with an undiagnosed lameness issue behind that took some time for the gelding to overcome.

Cummings said plans for Osborne Bulls could include a trip to Dubai for next year’s World Cup carnival carnival and the Group One Al Quoz Sprint at Meydan in March.

“He loves straight-track racing and it has been tossed around,” Cummings said.

“This might be a really interesting horse to put in front of his owner, Sheikh Mohammed, just to show him what sort of horse that we can breed in Australia.”