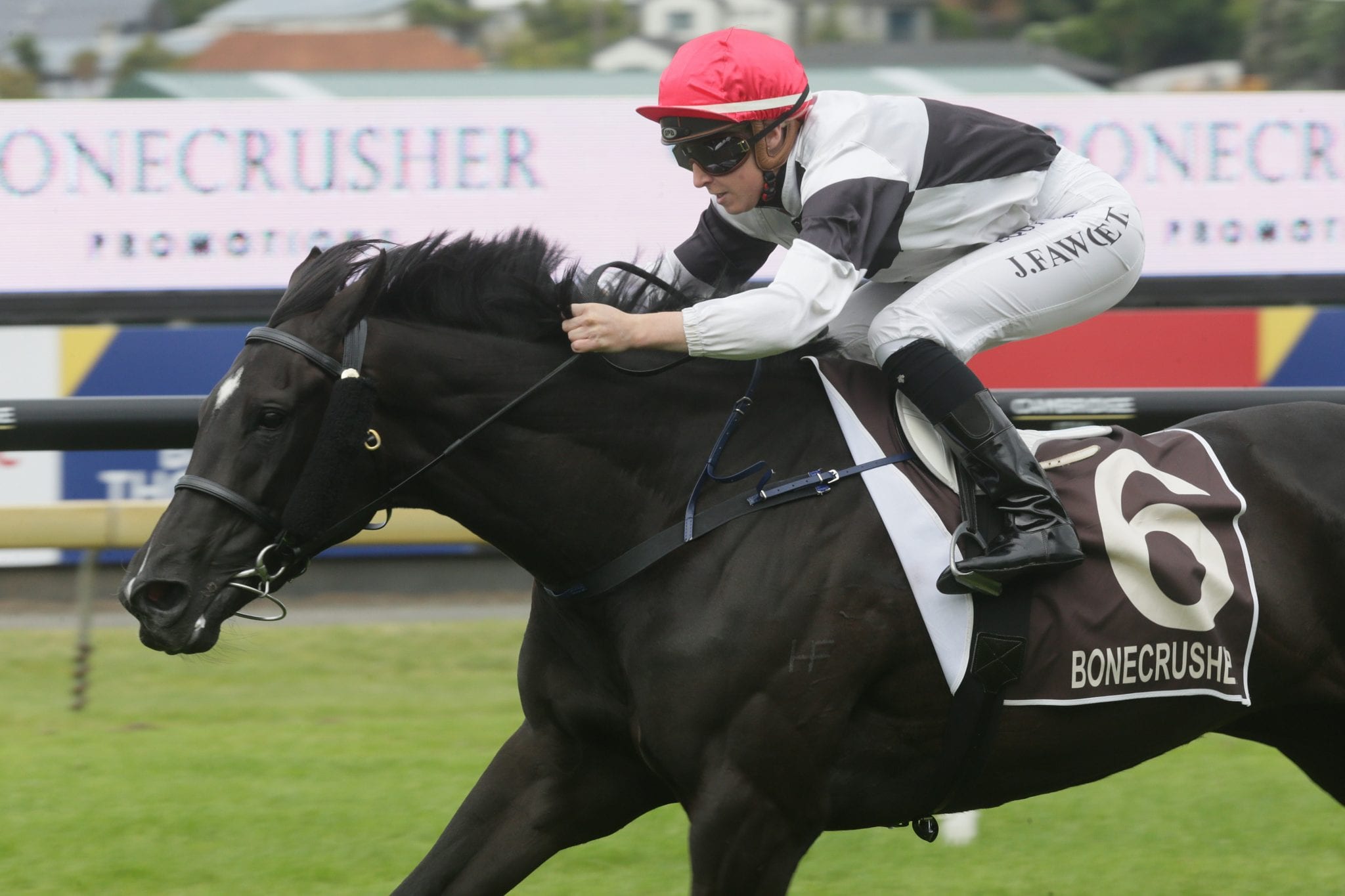 Underrated filly Opalescence dented several reputations when she swept to victory in Saturday’s Group 3 Mitchell Family Bonecrusher Stakes (1400m) at Ellerslie. The Jenna Mahoney-trained three-year-old started at odds of nearly $13 despite being a last-start winner as punters set their sights on Group 2 Hawke’s Bay Guineas (1400m) placegetter Moana and two-race winner Jason Belltree as their preferred candidates for the Group 3 feature.

Ridden by Jasmine Fawcett, Opalescence took a sit behind pacemaker Explosively for much of the race and found the lead inside the final furlong before holding out a late challenge by Jason Belltree to score by a length and register her fourth career win and first at stakes level.

Mahoney, who co-owns the Showcasing filly after purchasing her as a yearling for just $1,000 on gavelhouse.com, admitted she couldn’t quite believe the price her charge was paying before the race. “When I saw she was paying close to $13 I got quite a surprise,” she said. “We all got quite a good collect in the end. “When she drew well, we were quietly confident and she rewarded us, as we thought.

“She had won over 1400m at her last start and was well challenged that day so I didn’t have any worries about the distance as she saw it out nicely. “She can run the times that you need to be competitive at this level and she did it well. “She isn’t very big, about 15.2 hands, but you don’t have to be big to be fast and she is very professional which can take them a long way.”

Mahoney will now look at races over the Ellerslie Christmas carnival with the filly but was delighted she could get a valuable black type win for both the filly and co-owner Carl Brown.

“I’m thinking about a race on either Boxing Day or New Year’s Day back here for her next,” she said. “I think she will get over further in the future as she is out of a Pentire mare but we’ll just keep her around the 1400m at this stage. “She’s proven to be a real little beauty after we only paid $1000 for her originally.

“Her other owner is Carl Brown who works at the stable in the mornings. When we bought her, he took a real shine to her when she was being broken in and he took a ten percent share in her. “He is as happy as can be and enjoying the ride.”

Placed fourth in the Group 2 Matamata Breeders’ Stakes (1200m) last season, Opalescence has now won four of her ten starts and just under $100,000 in prizemoney.