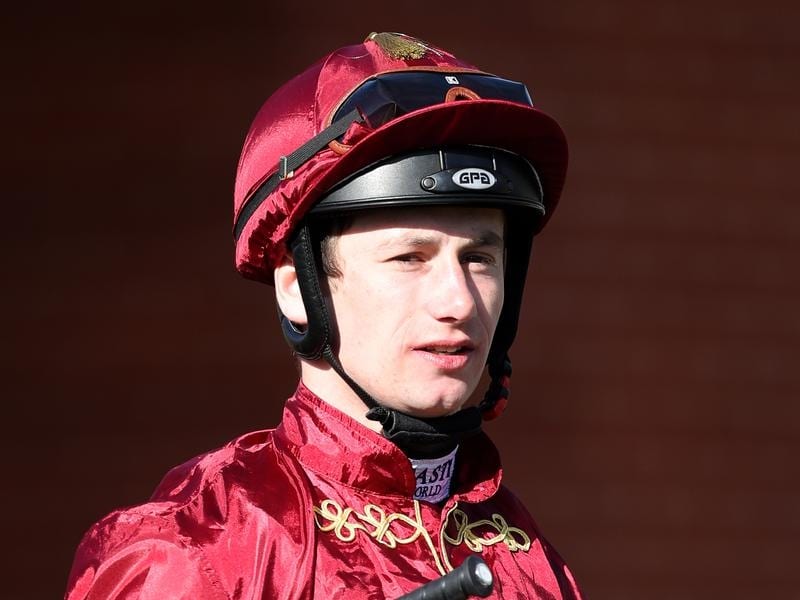 She was entered in Saturday’s Magic Night Stakes at Rosehill but will instead run in a barrier trial at Randwick on Thursday.

Sam Clipperton will ride her in the trial with Murphy booked for the $3.5 million Slipper on Saturday week.

Murphy spent three months in Melbourne five years ago as an 18-year-old apprentice and has gone on to become a world-recognised rider and formed a successful association with last season’s champion European three-year-old Roaring Lion.

He has since visited Melbourne more than once and rode Godolphin’s Benbatl to run second to Winx in the Cox Plate.

“Obviously I’ve spent some time in Melbourne but this will be my first trip up to Sydney,” Murphy told Sky Sports Radio.

“I ride a lot for Phoenix Thoroughbreds. They have horses in America, Australia and Europe and I rode a Royal Ascot winner for them last year.”

Loving Gaby is on the third line of the TAB’s Slipper market at $11 behind Tenley and Yes Yes Yes who share top billing at $6 and Microphone at $8.

Phoenix Thoroughbreds was established by Dubai-based businessman Amer Abdulaziz and has extensive breeding interests as well as their racing stock.

Free Of Debt, third in the Blue Diamond, will also run in a 740m-trial at Randwick on Thursday.

Dwayne Dunn will fly up from Melbourne for the trial and also ride the colt in the Slipper.

Trained by Chris Bieg in Adelaide, Free Of Debt who races in the Aquis Farm colours, will have to be paid up as a late entry for the Slipper.