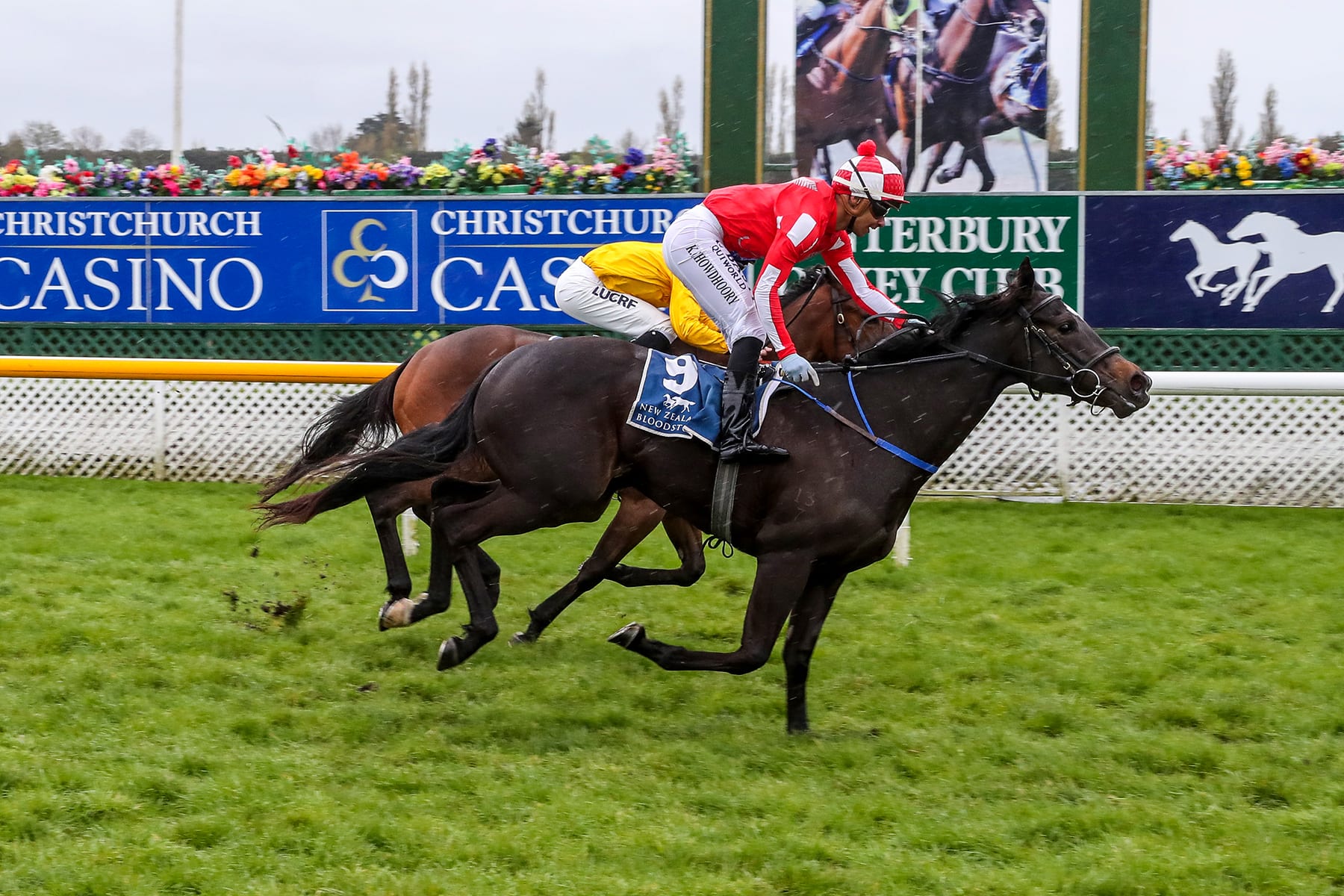 Michael and Matthew Pitman are expecting another bold performance at Riccarton on Saturday from Ohio Showgirl, whose debut victory on October 5 delivered early success for a new wave of Pearl Syndicates. Centred around the NZB Insurance Pearl Series, the syndicates were developed in partnership with long-time Pitman stable client and friend Jim Bruford, who is also a member of the NZB Insurance team.

The concept dates back to the 2014 Karaka yearling sales. The initial Pearl Fillies Syndicate was made up of First Serve, Fade To Grey and Queen Serene, who cost less than $17,000 between them. They won a total of 14 races and more than $220,000 in prize-money, plus more than $30,000 in additional Pearl Series bonuses.

First Serve was the clear standout, winning seven of her 10 starts including the Group 3 Canterbury Breeders’ Stakes (1400m) before a tragic fatal breakdown in the Group 1 Telegraph (1200m) at Trentham in January 2017. “We had a lot of success with one of these syndicates a few seasons back, especially with First Serve,” Michael Pitman said. “We went to Karaka earlier this year and bought four fillies. We’ve set up two new Pearl Syndicates, with two of those fillies in each one. “We think it makes a lot of sense for our stable to target those Pearl races. They carry good prize-money, they run quite a few of them at Riccarton through the season, and we’ve enjoyed plenty of success in them in the past. They’re well worth having a crack at.”

Ohio Showgirl was a $45,000 purchase at Book 1 of Karaka 2019. She defied $49 odds, traffic trouble and a wide run for her impressive debut victory three weeks ago. “She won really well that day and it was a really tough run, so you’d expect her to find a bit of improvement out of it,” Pitman said. “We’re really happy with her heading into Saturday’s race. She’s been working well and is very bright and happy.”

Kavish Chowdhoory, who was in the saddle for Ohio Showgirl’s debut victory, retains the ride on Saturday. The pair will jump from gate six in the NZB Insurance Pearl Series Race (800m).

Chuck A Luck capped a consistent run of form with a strong-finishing maiden win over 1400m three weeks ago. “He’s a horse who’s been crying out for more ground,” Pitman said. “We’re happy with him. He’s still in the Guineas, which some might say is a bit ambitious. But he’s an improving horse, and you never know unless you have a crack.”

All About Magic won the Listed Champagne Stakes (1200m) last season and made up good ground for second in the Listed Canterbury Belle Stakes (1200m) two starts back. She was a last-start fifth on a Dead6 track, which has Pitman concerned about the current Riccarton rating of Slow8. “She’s a good filly, but I just hope the track dries out a bit,” Pitman said. “She’s much better on top of the ground. “At this stage, we’re probably going to run her in both Guineas races during New Zealand Cup Week.”