O’Hara On The Mark Back In The Big Smoke 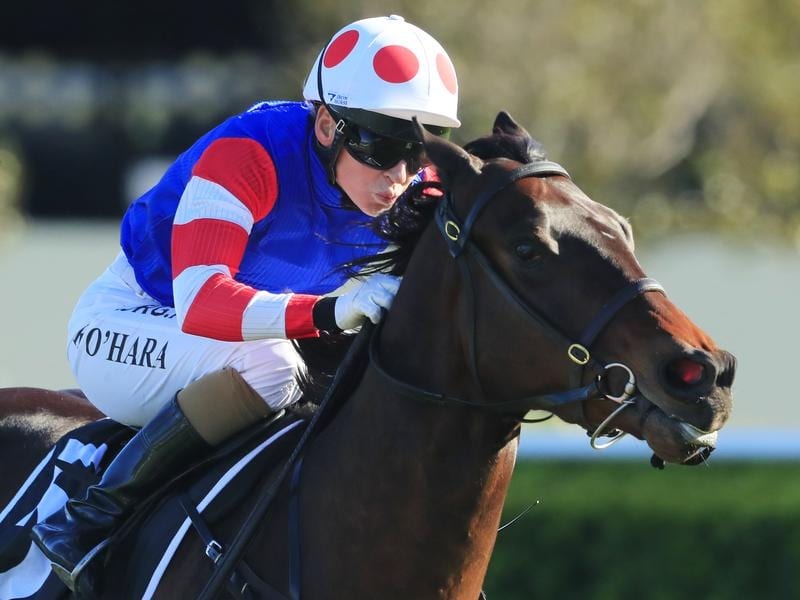 Kathy O’Hara has made a triumphant return to Saturday metropolitan racing with a bold front-running display aboard Spaceboy and some sage advice to his trainer.

The popular jockey has been riding at weekend provincial meetings after choosing to base herself outside the Sydney zone during the COVID-19 pandemic.

She has been in tremendous form, winning 11 of her past 50 rides, six of those for Spaceboy’s trainer Gary Portelli.

The relaxation of riding zones led to O’Hara’s return to town and she again found herself sharing the winner’s stall with Portelli when Spaceboy backed up a last-start Wyong victory to claim the Ranvet Handicap (1000m) at Randwick.

“He sent me a message the other day and we’ve had about nine winners for 30-something rides so the team is going good.”

O’Hara also helped Portelli to solve a quandary after Spaceboy was paid up for two events on Saturday’s program.

Portelli was uncertain which would suit the three-year-old better and finding himself in the hot seat, he called O’Hara.

“I actually didn’t know which way to go with both races so I was phoning a friend and I asked Kath what she thought and she thought this race,” Portelli said.

“It was rocks, papers, scissors but we chose the right race in the end.”

It was his third win from five runs this campaign after taking 10 starts to break his maiden.