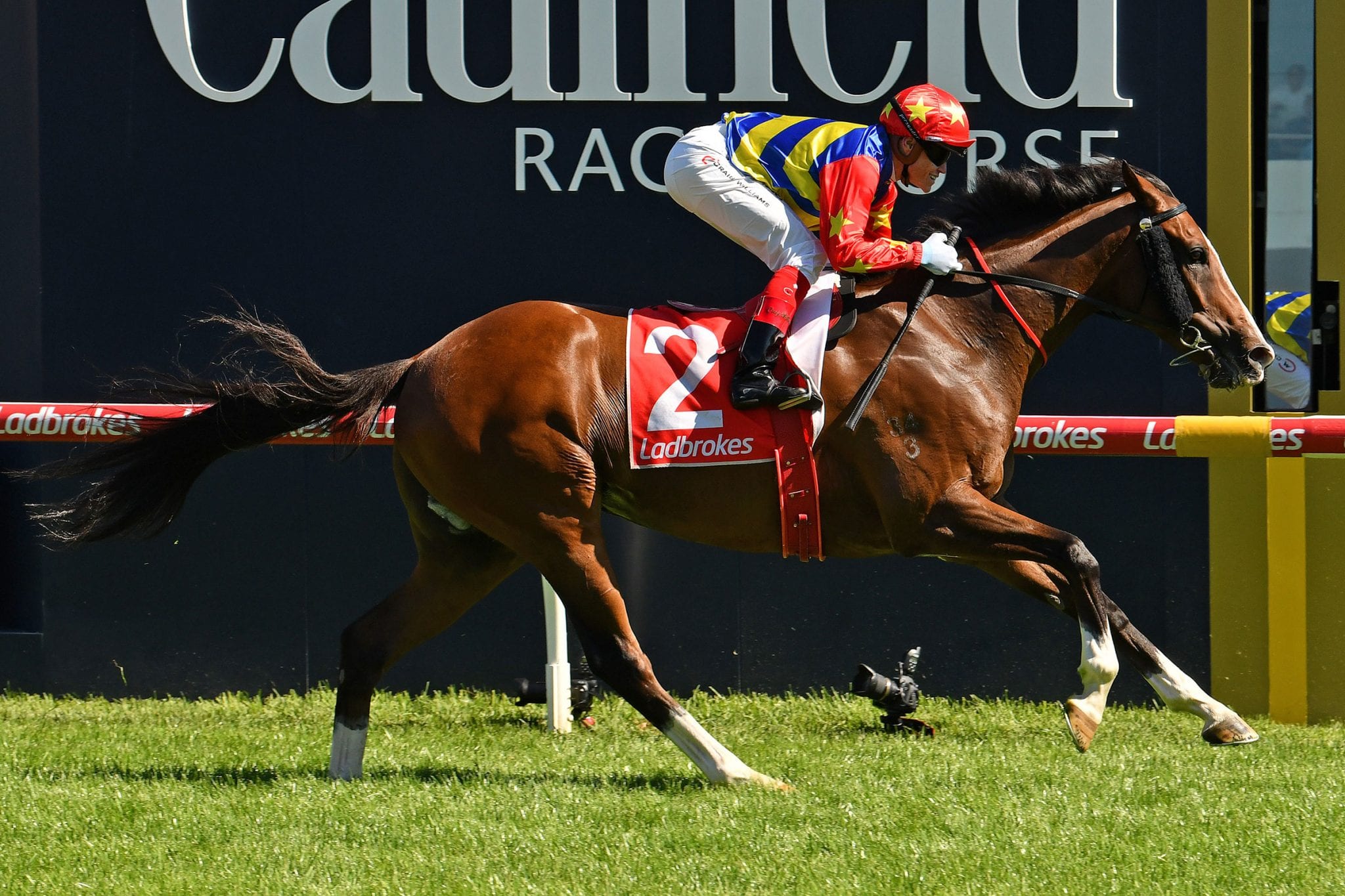 Australian trainers Mathew Ellerton and Simon Zahra are expecting another bold showing from their consistent galloper Odeon when he contests the Listed Winter Championship Series Final (1600m) at Flemington on Saturday.

The New Zealand-bred gelding has placed in all three of his starts this preparation and his trainers are looking forward to lining him up on Saturday in what is his main target this time in.

The son of Zacinto finished third to Saturday race rival Dice Roll over 1420m at Flemington last start, but they will meet on level terms in the weights at the Melbourne track this weekend.

“The other day he had a few things go against him,” Zahra told RSN927. “There was a difference in the weights, the winner carried 3.5kg less. The 1400m for Odeon third-up wasn’t ideal. We have just had him ticking over for this race, which has been our goal all the way through.”

Zahra’s biggest concern is the lack of speed that is presenting itself in the race.

“I think he can run a good race, but there is just no speed in the race. He’s not a horse you want to be hitting the front with too early,” he said.

“It is going to be a tricky race with absolutely no speed, so I think the best ride might win the race.”

Zahra said Odeon has been a great servant to their barn over the years and the seven-year-old has more than paid his way.

“He is definitely going in good form,” he said. “Everyone says he doesn’t win a lot but I think he is $50,000 off winning AU$1 million, so he is consistent and he will give them a shake tomorrow.”

Earlier on the card, stablemate and fellow Kiwi-bred Reliable Dude will be shooting for his second consecutive win in his mile assignment.

While he has shown plenty of talent, Zahra expects to see a more polished product when the three-year-old gelding returns in the summer.

“He is a horse that is still learning what it is all about,” he said.

“We can go back and get an easy run and he has got a really good turn of foot, but he can’t do it at both ends.

“He is going to need a bit of luck and he is coming towards the end of his preparation.

“In the summertime he is a horse you can follow right through, and he will definitely put his hand up next prep.”