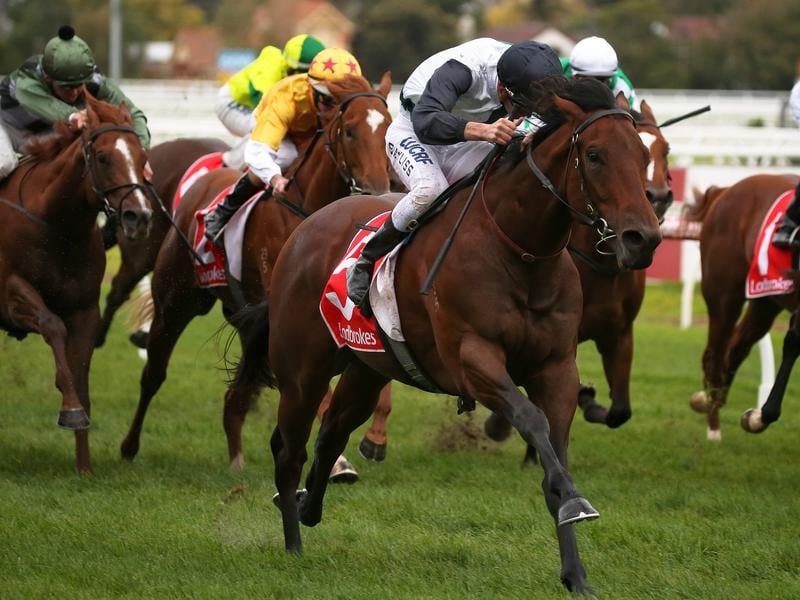 The Lindsay Park team is relying on promising colt Ocean Knight to deliver the stable a second-straight Danehill Stakes at Flemington.

Star filly Catchy won the Group Two Danehill a year ago and senior trainer David Hayes has high hopes for Ocean Knight who is being aimed at next month’s Group One Caulfield Guineas (1600m).

Like Catchy last year, Ocean Knight will have Regan Bayliss aboard on Saturday and Hayes believes the colt will handle racing on the straight 1200m-course having impressed the trainer in a jump-out early last month.

“We have always thought he was a Group-class horse and if he wins the Danehill or runs well I’m sure he’s going to be measuring up in a Guineas.”

Ocean Knight settled last in the Listed McKenzie Stakes (1200m) at Moonee Valley first-up before hitting the line for fifth.

“It was a day they didn’t run on and he did,” Hayes said.

“I thought his was one of the better runs on the day without winning.”

The Hawkes Racing-trained McKenzie Stakes winner Brutal is not among Ocean Knight’s Danehill rivals and instead headlines Saturday’s 1400m-Listed race for three-year-olds in which Lindsay Park has three runners.

“He’ll be vulnerable on Saturday but he’ll be a different horse in the Prelude, or his next race.”

Hayes indicated Qafila would probably have to settle back from her wide draw.

“I think we’ll just let her balance up and swoop home,” he said.

“I would probably think she’s the one I’d fancy but the barrier and where she’s going to be in the run puts me off a little bit.”