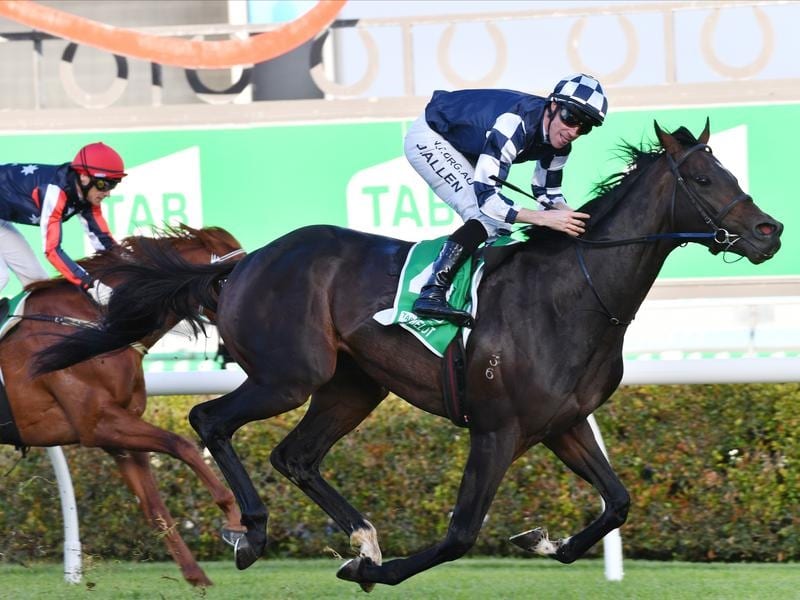 Danny O’Brien can’t wait to see his star galloper Russian Camelot return in the Makybe Diva Stakes but he also knows the burden of expectation the horse is carrying.

“It’s really exciting to see him back at the races. His last run was terrific and he’s had a good winter,” O’Brien said.

“He’s in great shape and he’s been galloping really well.

“The hype is huge which has its pluses and minuses. It’s a big fall if he doesn’t run well though, but I’m hoping it’s justified.”

Russian Camelot hasn’t started since he won the South Australian Derby in jaw-dropping fashion in May at Morphettville.

“It’s a big jump to a Group One weight-for-age event over a mile and don’t forget this is a horse that has only had five starts,” O’Brien said.

Russian Camelot will be ridden by Damien Oliver.

O’Brien will also have two other starters in the Flemington race on Saturday which are last year’s Melbourne Cup winner Vow And Declare (Craig Williams) and VRC Oaks winner Miami Bound (Ben Melham).

“Vow And Declare is having his first run back from a break and he’s been working really well,” O’Brien said.

He said Vow And Declare would follow the same path as he took to last year’s Melbourne Cup through the Turnbull Stakes and Caulfield Cup.

O’Brien was pleased with Miami Bound’s return to racing at Moonee Valley and said the predicted rain would suit her.

He confirmed Orderofthegarter would have his next start in the Naturalism Stakes (2000m) at Caulfield on Saturday week while King Of Leogrance would resume in next month’s Turnbull Stakes (2000m) at Flemington.