O’Brien Could Hold The Ace In The Phoenix Stakes Pack 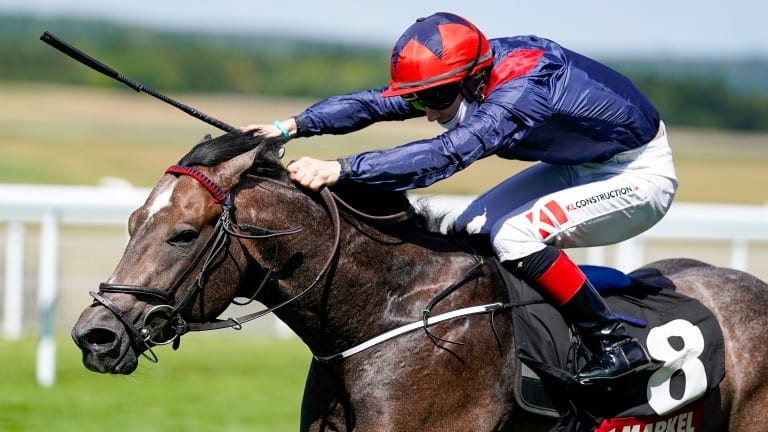 The Phoenix Stakes can potentially identify the leading Irish juvenile colt of the season. In 2019 Siskin won the Phoenix Stakes then went on to win the Irish 2,000 Guineas this year. Bookmakers believe Steel Bull has the most potential to emulate Siskin in the latest renewal of the Phoenix Stakes at the Curragh on Sunday but Aidan O’Brien will have his say.

The Phoenix Stakes is one of three Irish Group 1 races for horses aged two, and one of only two in which colts can run. The race is run over six furlongs and geldings are not eligible. Colts carry 9st 5lbs and fillies receive an allowance of 3lbs.

Aloha Star and Bubbles On Ice as fillies run off the lower weight, Steel Bull, O’Brien’s three runners and the rest of the field are colts so carry the maximum weight. The last filly to win the race was La Collina in 2011.

You can back Steel Bull at +275 with BetOnline. The horse does not have the highest rating of those that have earned a mark. Ventura Tormenta is the highest rated but three less experienced runners have yet to be assessed. Generally, a horse has to run three times or win two races before the handicapper issues a mark.

Steel Bull falls in the second category. The horse won his first start at Naas in a maiden over five furlongs. There was plenty of improvement in the follow up win in a Group 3 race at Glorious Goodwood. More progress would see Steel Bull go close to justifying favouritism in the Phoenix Stakes.

It’s always unwise to rule out an Aiden O’Brien runner because the trainer has won the race a record 16 times, from 1998 to 2017. St Mark’s Basilica does not have an official rating but the betting market should tell us if he is better than his more experienced stable mates.

Young horses progress quickly and can show significant improvement from race to race. Even O’Brien may not know the best two-year-old horse in his stable, but St Mark’s Basilica could prove to be the best of the generation. An impressive win in the Phoenix Stakes would take the horse to prominence in the betting for the 2,000 Guineas for which the current price is +5000.

The puzzle is comparing breeding and potential with proven form on the track. Ventura Tormenta could be the best horse but O’Brien often keeps a possible superstar up his sleeve for this race. St Mark’s Basilica was a beaten favourite last time out but wasn’t pushed out in the final furlong and should improve for the run.

Admiral Nelson and Giorgio Vasari are behind Steel Bull on ratings and are exposed O’Brien runners. The trainer should have some idea of his juvenile’s pecking order and St Mark’s Basilica has the potential to be the best.

Ventura Tormenta could be the fly in the ointment and is one of the leading juveniles trained in Britain. The Richard Hannon trained runner earned the current rating by winning a French Group 2 race for juveniles over six furlongs in July. Ventura Tormenta beat The Lir Jet into second place by a short head off level weights.

The Lir Jet then won the Norfolk Stakes (five furlongs) at Royal Ascot which is a key race for two-year-olds. Ventura Torment was over six lengths behind in that race, but the Phoenix Stakes should tell us which is the better horse.

Bookmakers favour The Lir Jet but only marginally. Ventura Torments is not seen as a Guineas horse but The Lir Jet is +4000 for the Classic.

Hannon must believe in his horse to take the trouble to travel to Ireland and trainer Michael Bell has the same view of The Lir Jet. Unfortunately they may be competing against one of O’Brien’s best young horses and St. Mark’s Basilica (+900 with BetOnline) could be the cream of the Irish champion trainer’s two-year-old crop.

In any case, the outcome of the Phoenix Stakes will affect the betting for the 2,000 Guineas and the biggest move could be for St Mark’s Basilica, a potential ace in Aidan O‘Brien’s Phoenix Stakes pack.