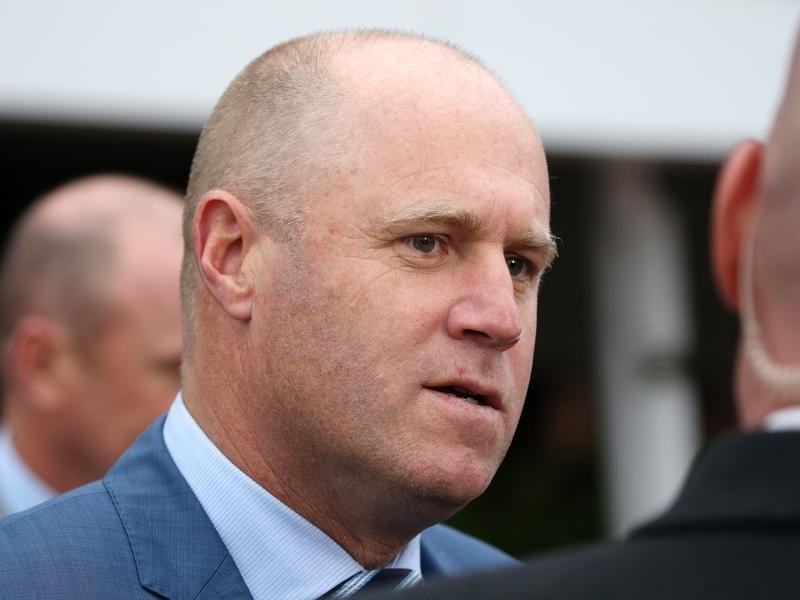 Trainer Danny O’Brien hopes to learn a little more about promising filly My Pendant who chases a winning hat-trick at Flemington.

“She steps up in trip on Saturday so it’ll be good to get a look at her at 1400 (metres) on her home track and hopefully she can keep the streak going,” O’Brien said.

My Pendant rises to 60kg on Saturday with O’Brien resisting the temptation to engage a claiming apprentice in favour of retaining Craig Williams who he said had clicked with the filly.

“He seems to have unlocked the potential,” O’Brien said.

“We are hoping she can get to some sort of black-type races in the autumn as she’s shown enough talent, so it might not be out of her reach.

“She’ll go down to Thirteenth Beach after Saturday and take it easy for a month or so and potentially bounce in the autumn.”

O’Brien also has a strong hand with Order Of Command lining up in the Festive Season Sprint (1000m) looking for back-to-back wins up the straight at Flemington.

Order Of Command won the final race of the four-day Melbourne Cup carnival and has not raced since.

O’Brien sent the gelding down to his rural property at Thirteenth Beach to keep him fresh for Saturday’s assignment.

“He’s been taking it easy waiting for a suitable race,” O’Brien said.

“He gets a suitable race on Saturday and is a talented horse and hopefully he can go back-to-back.”

O’Brien sees the return to Flemington for the Happy Holidays Handicap a positive for Lycurgus who will relish the 2500m.

The gelding disappointed O’Brien at Moonee Valley and like Order Of Command has spent time at Thirteenth Beach.

“He worked at Geelong on the course proper on Tuesday morning which was excellent so we’re hoping his last run was an aberration,” O’Brien said.

Portman also runs for O’Brien in the Yuletide Handicap (1400m) as he tries to recapture form.

“He gets back to a benchmark 84 on the minimum with Craig Williams on so hopefully he can start showing a bit of his old form,” O’Brien said.