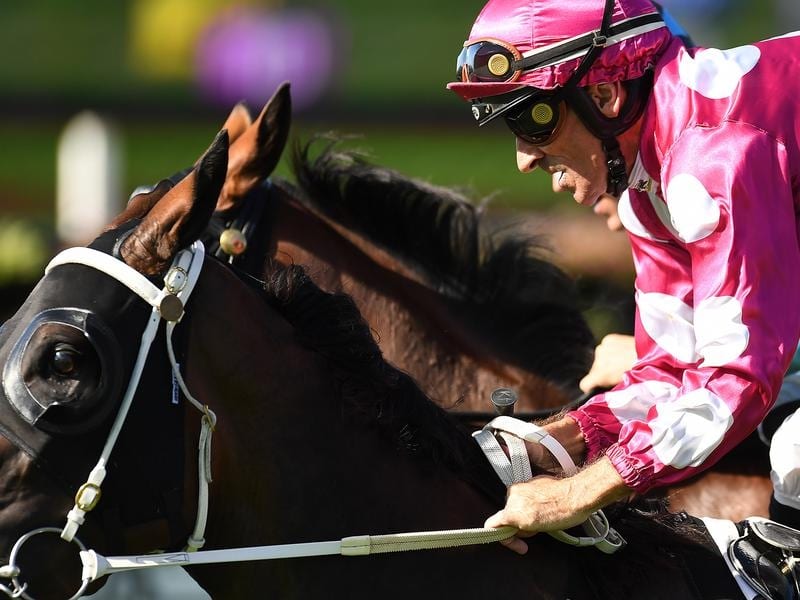 Trainer Matt Dunn and his bloodstock agent Neil Jenkinson’s quest for a quality staying filly gathered momentum when Rocknavar took a step closer to an Oaks assault at Eagle Farm.

However, exactly which Oaks is will chase is a welcome headache for the pair.

Rocknavar ($2.70) had to survive a protest from runner up Mullaghmore ($8.50) before being declared the winner of Saturday’s PaddyFest Three-Years-Old Handicap (1840m).

Ryan Maloney said Rocknavar had brushed Mullaghmore’s hindquarters which had cost him more than the half-head margin but stewards quickly dismissed the protest.

Dunn said he would now discuss Rocknavar’s next move with connections.

“We will have to have a good think. That was her fifth start of her first campaign and we can either ease up for the Queensland Oaks or go to Sydney for the Vinery and the Australian Oaks.”

Dunn and Jenkinson have selected some top staying type fillies in recent years including the 2016 Group Two The Roses winner Kebede.

They went to $300,000 for Rocknavar as a yearling at the 2017 Magic Millions Sales and with good reason.

A strong looking filly Rocknavar is by champion sire Fastnet Rock out of the Tale of The Cat mare Carrignavar, who has an international pedigree littered with black-type.

Talented mare Tumbler ($3) also scored her first win since July 2017 but is unlikely to head to Sydney.

Tumbler has been a nightmare for trainer Barry Lockwood as she has had injury and bad luck dog her career.

But apprentice Corey Bayliss Tumbler got into the clear and charged home to beat Deconstructed ($18) by a 1/2 neck in the Wedding At BRC Open Handicap (1400m).

“She really is a tester. There is a race in Sydney for her in two weeks but she might be better chasing a stakes race here,” Lockwood said.

“The 59kgs told at the end of his last race and the 3kgs made the difference. He isn’t a carnival horse but he should develop into a 2200m handicapper,” Heathcote said.

Currie had a treble at Doomben last Saturday, to go with doubles at Ipswich and Toowoomba and a winner at Doomben on Wednesday.