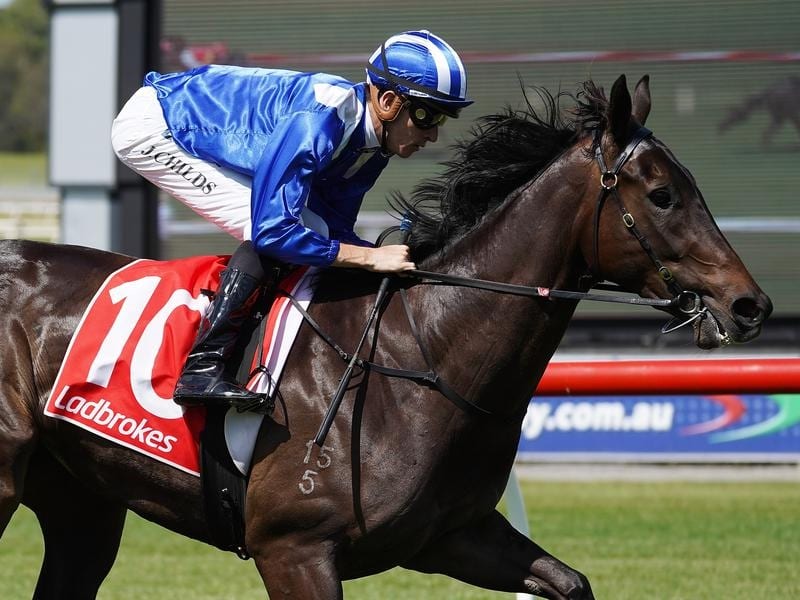 Time and maturity have allowed Numoor to return to racing with an impressive first-up victory at Sandown.

On debut at Geelong in July when third, Numoor was all at sea, but without winkers and with extra trialling and education under the belt the three-year-old was a different horse.

Co-trainer Ben Hayes said Numoor was green on debut, not knowing how or where to place her feet in front of each other.

He said the filly had also suffered shin-soreness.

“We’ve had to take our time with her but we’ve always liked her,” Hayes said.

“We always thought she was Saturday city grade and she showed us today that she is, but we won’t be rushing her.

“We’ll take her through the grades, aim to get a Saturday win and if she can keep going on and get some black type, whether it’s in the autumn or in the spring, that would be fantastic.

“I liked the way when he asked her to accelerate that she did and was able to get away from them but was then so soft on the line.

“I think she’ll get out further as well.”

Childs was impressed saying the filly made his job easy and had made big steps from her debut outing.

“I think she’ll go through the grades nicely,” he said.

“I would definitely say she’s a city Saturday grade winner and feels like a horse over a mile she’ll be even better.

“What I liked today was the way she raced.

“On debut she was all over the place and although she got to the front early today, she still ran away from them.”