Noverre all class in 2000 Guineas 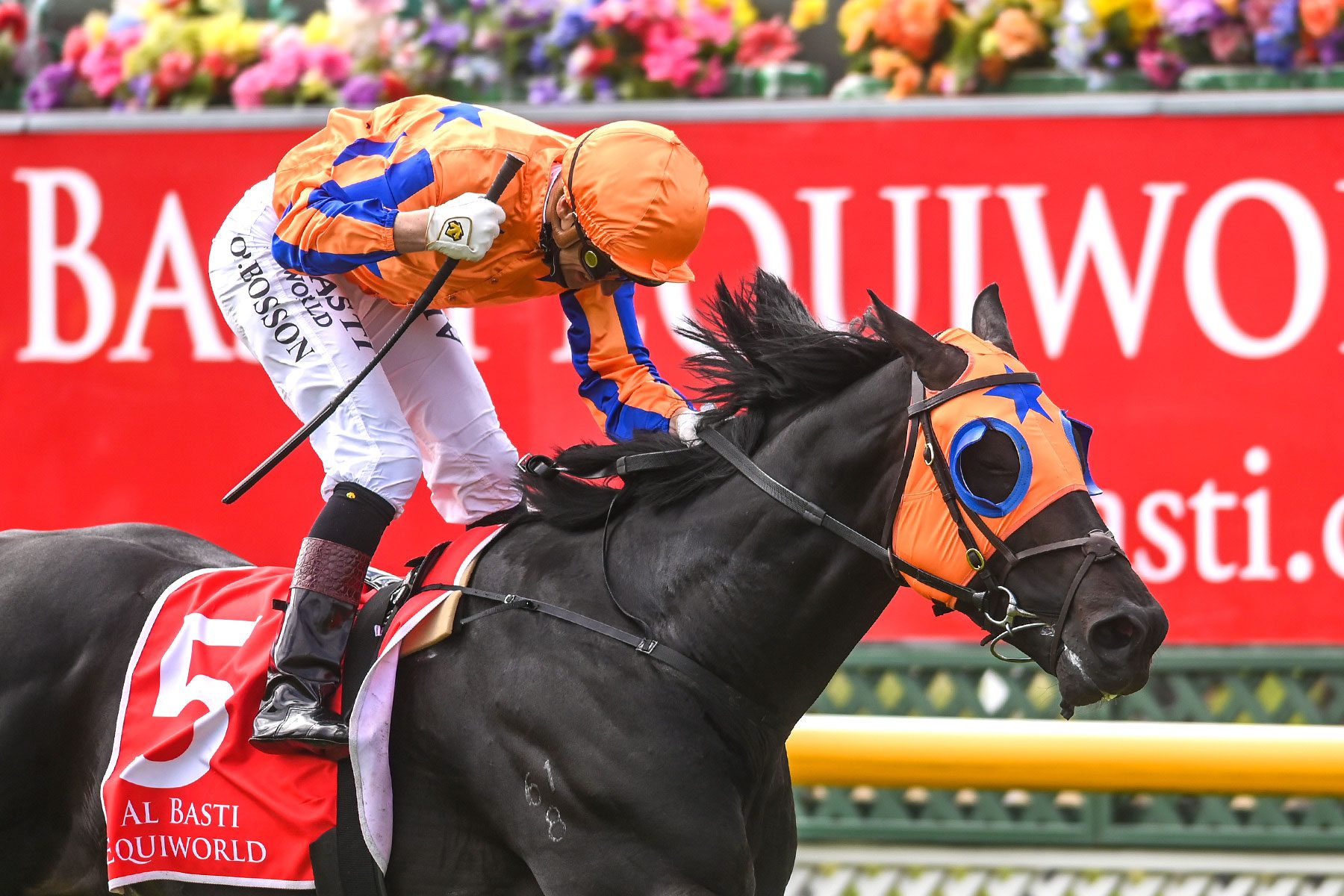 The partnership of jockey Opie Bosson and Te Akau Racing provided another memorable moment in the history of the Group 1 Al Basti Equiworld Dubai New Zealand 2000 Guineas (1600m) when they combined to land the blue ribband event with stunning Savabeel colt Noverre.

Bosson has made the race his own since first winning it aboard Danske in 1998, claiming victory on eight occasions, including wearing the Te Akau tangerine and blue colours in three of those victories.

The champion hoop delivered a typical no-panic ride as he sat back and let proceedings unfold in front of him on the -111.11 favourite Noverre, who went into the race off the back of a decisive victory at the venue in the Group3 War Decree Stakes (1600m).

Last as the field turned for home, Bosson eased Noverre to the outside where he produced an electric burst that carried him to a comfortable three length victory over game runner-up Meritable and fellow Cambridge raider Field Of Gold.

“I was a little bit worried across the top when horses were going everywhere and I was trying to find something to track into the race,” Bosson said.

“They all came rolling back in and I had to get over their heels, but to the horse’s credit what a powerful finish he had.

“It took me two furlongs to get him on the bridle, but he lobbed along beautifully and he’s a class animal.”

Noverre provided trainer Jamie Richards with his 48th Group One victory, and second 2000 Guineas after the first, Embellish, was recorded in partnership with Stephen Autridge in 2017.

“It was a really impressive win,” Richards said.

“I said to Opie, don’t panic, I don’t want you to the outside until the 700 metres and he was really explosive when he got clear. He looks a pretty special colt, doesn’t he?

“He was a beautiful yearling when David (Ellis) bought him.

“He paid a bit of money, but he had the pedigree and the looks. He was a little bit backward as a two-year-old and needed time to strengthen up, but the team has done a really good job and his improvement throughout the spring has been very encouraging.”

Bred by Waikato Stud, Noverre was purchased by Te Akau principal David Ellis for NZD$800,000 out of their 2020 Book 1 draft at the Karaka Yearling Sales.

The colt is the first foal of Group Three-winning mare Magic Dancer and is closely related to multiple stakes winner Dazzling Belle and Group One placed juvenile Manten.

Richards said Noverre had earned a break and after travelling home was entitled to spend time eating grass at Te Akau Stud.

“He’ll be set for the Karaka Million 3YO Classic (Restricted Listed, 1600m) in January and after that we’ll have to see where we end up,” Richards said.

“He’s a stunning colt and with Waikato Stud we’ve enjoyed so much success with these Savabeel’s.”

Retaining a healthy share in the colt, breeder Garry Chittick was elated with the performance.

“I’m very excited by the win and thought it was an amazing performance,” Chittick said.

“He did everything possible to get beaten. When he got tangled up behind the mob, I thought ‘geez, you’re in trouble’ but he was good enough to overcome it. He’s such a lovely horse.”

“Rogey (Graeme Rogerson) sold me the mare off the track. We had a bit of bad luck the first year, getting caught up in a fence, and she never got in foal. So, we missed then and Noverre is her first foal.

“The second foal went to Sydney and this year I’ve got an outstanding colt, as good as Noverre, which is ready for sale.

“She’s had another colt, and served two days ago, so four colts in a row and we could do with a filly, hopefully.

“I’m really excited to have kept ownership in Noverre and my good mate Gary Wallace has a share, too, so he’s happy.

“Right from the word go I wanted to stay in the colt and didn’t actually want to sell him.

“But good on DC (David Ellis) for buying him, and I’m lucky to have my share and get part of the winning stakes as well.”

Richards suggested a race like the Group 1 Australian Guineas (1600m) at Flemington could be a long-range target.

“What we do after the Karaka Million 3YO Classic, who knows?” Richards said. “He could stay here or he could be an Australian horse. We will just be guided by how the next couple of months go. He has got plenty of options.

“He could be an Australian Guineas type over a mile at Flemington on a big roomy track, he’d love that. We have brought a few colts over and gone home with our tail between our legs, so hopefully this colt will be one we get over there and can be competitive with.

Ellis put the victory right on top of an illustrious pedestal.

“I honestly think with everything that’s going on around the world at the moment that this is possibly the greatest thrill I’ve had in racing, especially seeing him win as well as he did,” he said.

“We’ve got so many great owners in this colt. They’ve all rung in congratulating me and I’m extremely proud to have them all involved.

“It’s such a great feeling to see people invest in a colt like this and get to experience the thrill of winning such a prestigious Group One race. They’ve backed me at the sales and we cannot do this without them.

“It’s quite incredible the success we’ve had buying horses from Waikato Stud, and the support that Garry and Mark Chittick have given us. What great breeders they are, and the way that Jamie trains these Savabeel’s is quite incredible and it’s a great combination.“