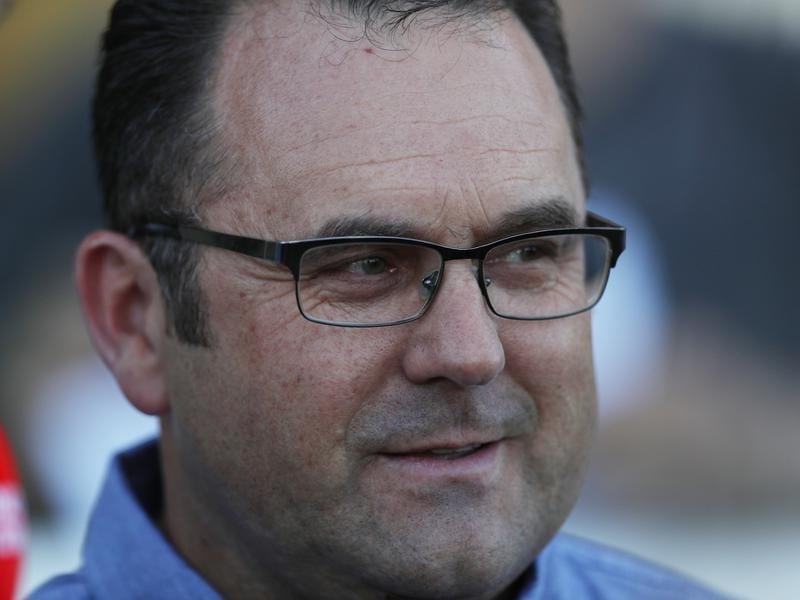 Trainer Robbie Griffiths is hoping Nothin’ Leica High will be rewarded for his consistency with victory at Sandown.

Nothin’ Leica High runs in Wednesday’s Yulong Handicap (2400m) looking to record his first win of a campaign that has so far stretched to eight runs.

The gelding has registered three seconds, a third and three fourths for his campaign which kicked off in November, earning connections $43,400 prize money.

Griffiths estimates it costs around $60,000 annually to have a horse trained and with a first prize of $27,500 on Wednesday Nothin’ Leica High would enter the “black” if successful.

“He’s been good without winning so hopefully he can get the job done on Wednesday,” Griffiths said.

“He’s been knocking on the door, surely it’s going to open soon.

“He goes around every couple of weeks and earns money.

“I said to the owners after his last run, I know it’s frustrating not winning, but most owners would give their back teeth to have a horse run in the metropolitan area every run and collect a cheque every time he runs.”

Griffiths said he called for a gear change before Nothin’ Leica High’s last-start third at Sandown on March 13.

Nothin’ Leica High had previously come second over 2400m when run down on February 27 and Griffiths wasn’t sure whether the gelding was just being “social”.

“Last start they cantered with the leader beating the one which box-seated while we were third after being one-one,” Griffiths said.

“They ran in accordance to distance travelled and tempo.

“The run before he got to the lead and was swooped on late.

“We thought he might not have seen it coming, so we changed his headgear from blinkers to visors, but because of the slow tempo last start we don’t know how effective that was.

“If we get into a genuinely run staying race, it will probably answer the question of whether the change of headgear has worked or not.”

Nothin’ Leica High is the $4.80 favourite for Wednesday’s race ahead of last-start Sandown quinella pairing of Bianco Nuovo and Wee Gilly at $5.50.