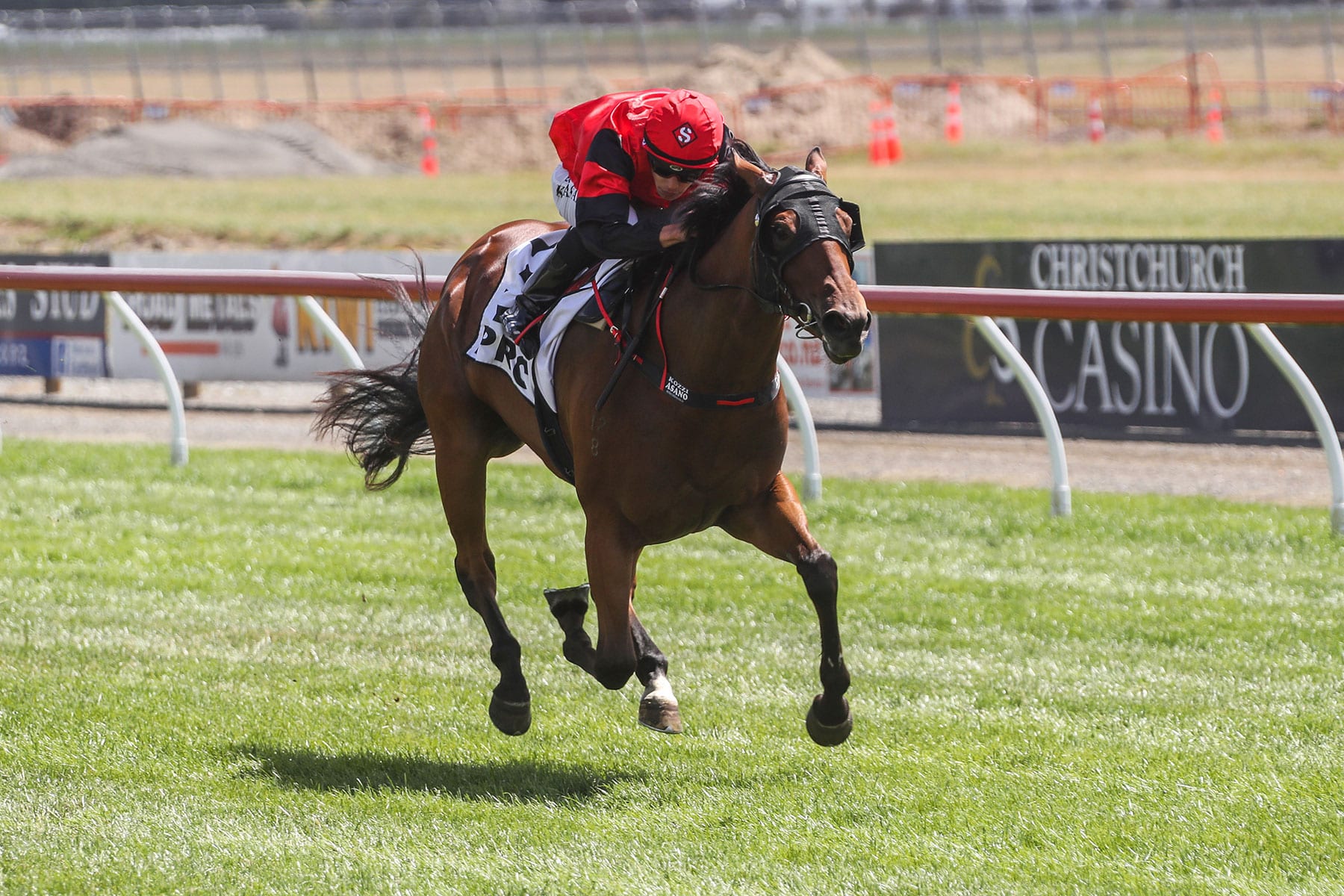 Nick Wigley and Kayla Milnes had an exciting spring with stakes-winning three-year-old Matchmaker, and now promising two-year-old Mozzarella is giving the Rangiora trainers something to look forward to in the autumn.

The two-year-old daughter of Capitalist ran away to a comfortable four length victory at Riccarton on Saturday, her second win on-end, fulfilling the promise seen in her by her trainers.

“We were sort of expecting it because we used the first run just as a trial,” Nick Wigley said. “She was always going to improve from that. I think she will improve further, we haven’t done much with her. She pottered around in the surf for a fortnight and that run will improve her even further.”

While she finished unplaced in her first two starts in the spring, Wigley said she had her excuses and now he is looking forward to tackling some juvenile features in the North Island with his filly.

“She was always a filly who wanted to be a racehorse the minute we put a bridle on her,” he said.

“Things went wrong in her first couple of starts. In her first start she got cannoned into and the rider was knocked off and that upset her a bit before the start. In the Welcome Stakes (Listed, 1000m) we were nursing her through shin soreness, and she was pretty sore after the race.

“We put her out for a while and fortunately she has come back and been a pretty useful two-year-old.

“She seems to have pulled up pretty well, she ate up on Saturday night, which is a good sign.”

Mozzarella is scheduled to head north at the end of the week, however, Wigley said the current COVID-19 alert levels have put a spanner in the works.

“At this stage, she is booked to go up next weekend to Matamata, depending on COVID,” he said.

“It is an unknown, so we will just see what happens after Wednesday. We will know more after that.”

“I don’t like the idea of three races in a month, only two weeks apart, but I think she is a filly who would cope with it,” Wigley said.

Wigley said it is also proving an exciting time for his son Gus Wigley, of Inglewood Stud, who bred and owns Mozzarella.

“She (Parmalove, dam) was quite an expensive mare that he bought in Sydney and this is her first foal. She was in-foal to Capitalist when he bought her,” Wigley said.

“She (Mozzarella) was rather small when she was born and he decided she wasn’t going to make a lot of money at the sales, so he kept her and she has grown into a good sized filly.

“The exciting thing for him is that he has got a really nice colt for next year by US Navy Flag, and the mare is in-foal to Written Tycoon.

“Hopefully it is making a young mare for him, so he is pleased about that.”