More ahead for impressive Riccarton winner 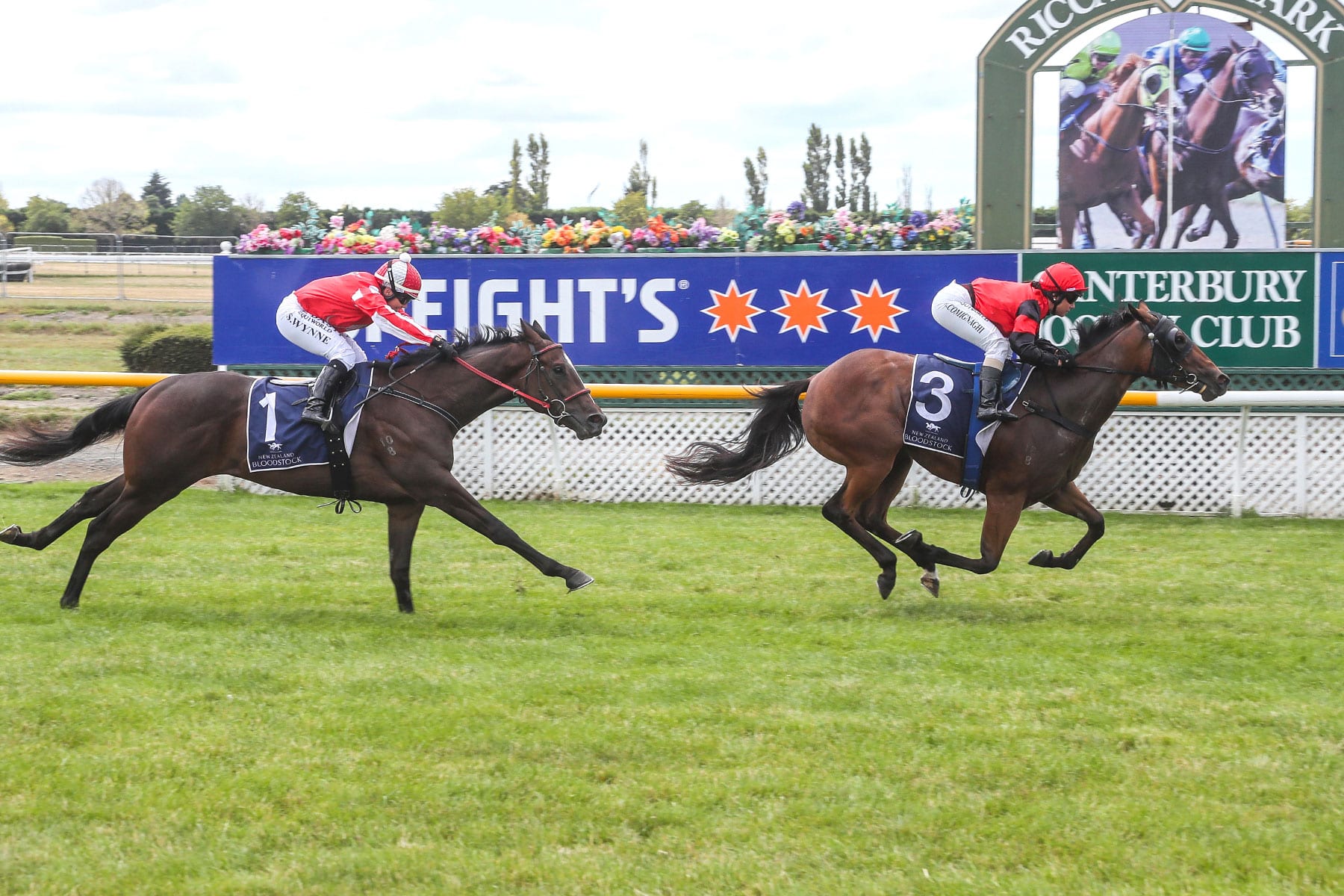 Promising two-year-old Mozzarella could have booked a trip north for a juvenile feature later this month after her impressive victory over 800m at Riccarton on Saturday.

The daughter of Capitalist was having her first run back from a five-week break over the Christmas period and proved too tough for her age-group rivals in the run home, scoring by just over a length from the well-supported first starter, Mackenzie Lad.

Co-trainer Kayla Milnes was thrilled with the victory which confirmed the high opinion that she and training partner Nick Wigley have for the speedy filly, who was having just her third start on the weekend. “She had shown us a lot at home and managed to finally put it all together on the track for us on Saturday,” Milnes said.

“She had run into Avonallo and Follow Your Dreams at her first two runs and when she ran fourth to them in the Welcome Stakes (Listed, 1000m), she was quite green and raced a bit awkwardly. “She went shin sore after that effort, so we chucked her in the paddock for five weeks and brought her back for this race.

“We knew she had ability and after watching how well Avonallo and Follow Your Dreams went in the Karaka Million 2YO, we were quite confident she could go a good race first up. “She also had the blinkers on for the first time and that worked well for her.”

Milnes will allow the filly to recover from her first-up exertions before considering her next target but does have an eye on the Group 2 J Swap Contractors Ltd Matamata Breeders’ Stakes (1200m) later this month.

“She’s had a good walk in the surf here this morning (Monday) and we will see how she recovers from the race before we think about her next start,” she said. “There is a 1000m race back at Riccarton in a fortnight that has appeal, but we’re also thinking about the fillies’ race at Matamata as a possible target. “We’re going to take it race by race, but I think she is certainly good enough to get some black type.”

Mozzarella is raced by Gus and Bianca Wigley under their Inglewood Stud banner, having bought her dam Parmalove in Australia in foal to Capitalist, with Mozzarella being the resulting off-spring. Parmalove currently has a US Navy Flag colt at foot and is safely in foal to Written Tycoon.