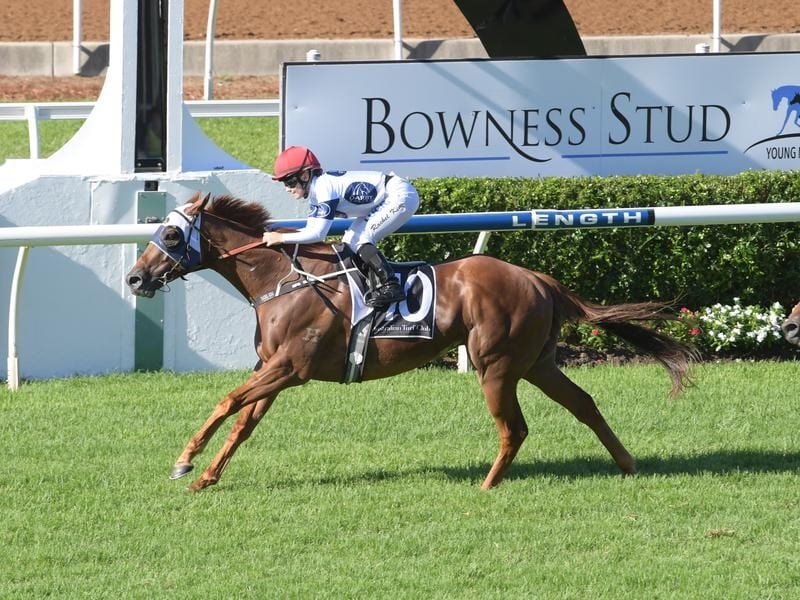 After sparring with a two-time Group One winner, Bjorn Baker was confident Samadoubt was ready to strike the knockout blow which landed him the Canberra Cup.

A dual Group One winner in New Zealand, Madison County finished fourth behind The Autumn Sun in the Randwick Guineas on Saturday.

“Samadoubt worked with Madison County on Tuesday and kind of held him at bay up the running,” Bjorn Baker’s racing manager Jack Bruce said.

“Bjorn was pretty pleased with that going forward. I think after his fourth in the Randwick Guineas that’s good enough form for us.”

“I rode a lot around this area when I was an apprentice so it’s always nice to get back here on major days, especially when you win the big ones,” he said.

Sent out a $5 chance, Samadoubt led all the way to score a two-length victory over Taikomochi ($12) with last year’s winner Almost Court ($8) third.

Veteran campaigner Snippets Land wound back the clock to win the Listed National Sprint, a race the now eight-year-old won four years ago.

Co-trainer Peter Snowden hailed the gelding as a grand old performer after he notched his eighth victory at his 50th start.

“He’s no champion but he’s ultra-consistent, always puts in, and it was another solid performance today,” Snowden said.

The Scone Cup could be on Snippets Land’s radar, with the stable aiming to pick off another Listed or Group Three race before the horse is retired.

“We’ll probably find a home for him after this preparation, but if he keeps winning it might be delayed another 12 months,” Snowden said.