No Penalties For Melbourne Cup Hopefuls 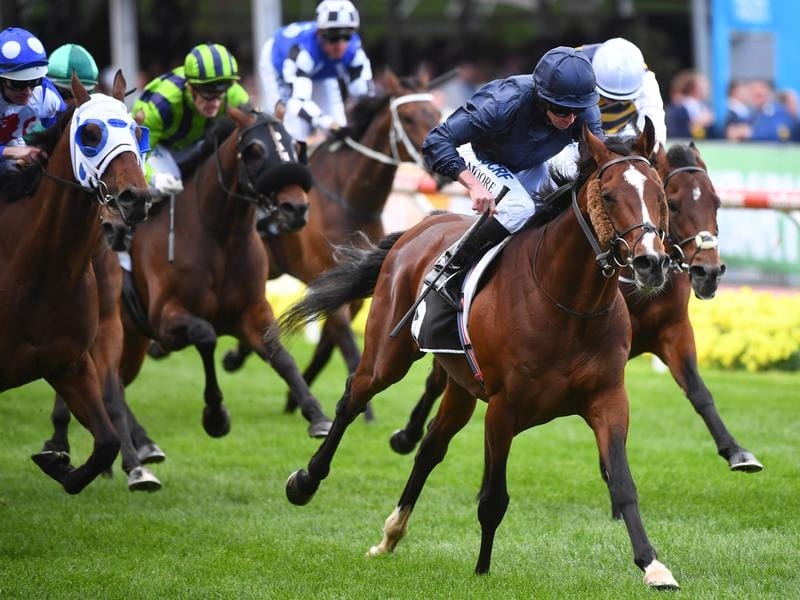 Melbourne Cup hopes Hunting Horn and Master Of Wine have escaped Melbourne Cup penalties for their respective wins at The Valley and Randwick.

Hunting Horn won the Moonee Valley Cup on Saturday with Master Of Wine taking out the Tattersalls Cup at Randwick.

Racing Victoria’s Greg Carpenter opted not to penalise the pair, saying Hunting Horn was favourably weighted to win at The Valley while Master Of Wine was on the limit weight at Randwick.

The last horse to win the Moonee Valley Cup and Melbourne Cup in the same year was Kingston Rule in 1990.

Hunting Horn moved from 20th to 16th in the Melbourne Cup Order of Entry after the win.

The last winner of the Tattersalls Cup to contest the Melbourne Cup was Maluckyday in 2010.

Like Master of Wine, he was also trained by Hawkes Racing and did not receive a penalty after winning the race on the limit weight.

“Maluckyday then won the Hotham Handicap to secure a place in the Melbourne Cup field, subsequently finishing second behind Americain,” Carpenter said.

Following his win, Master of Wine has now passed the ballot and moves to 53rd in the Cup order of entry but senior trainer John Hakwes says he is unlikely to press on for a place in the field.