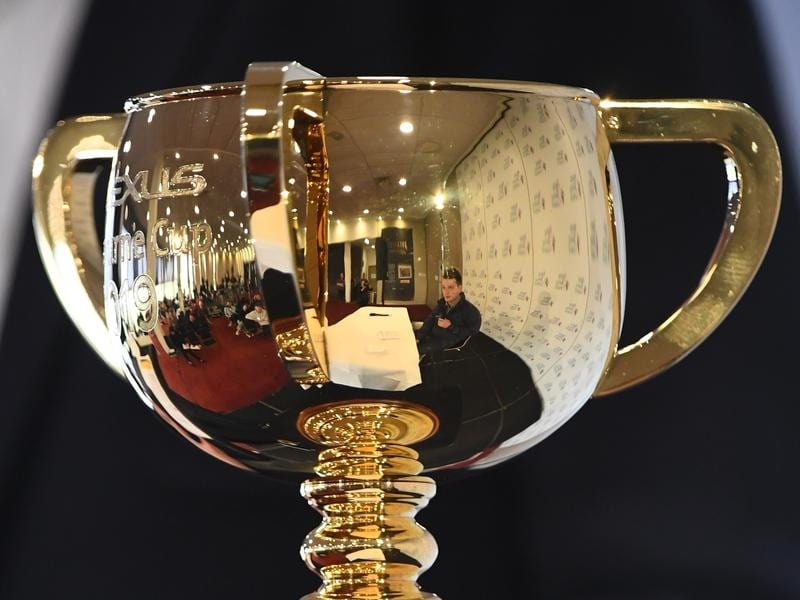 Thoroughbred racing and breeding giant Coolmore has enjoyed success around the world including with Sydney’s richest race, but a Melbourne Cup remains elusive.

“This is the race that everybody wants to win,” Coolmore’s Australian boss Tom Magnier admitted.

The Irish-based Coolmore operation has four hopes as it vies to add the $8 million Melbourne Cup to Sydney’s $14 million The Everest, which it won as a part-owner last month.

The Coolmore Cup runners – Constantinople, Hunting Horn, Il Paradiso and Magic Wand – are all set, but Mr Magnier knows winning the great race requires a lot of luck on the day.

“We’ve got four chances and if one of them got up it would be one of the greatest days of racing,” Magnier said.

Frankie Dettori, one of the world’s best jockeys, also hopes this is the year he finally breaks a Melbourne Cup hoodoo that spans more than 25 years.

“I know him well and I can tell you this race at this point of his career means more to him than any race in the world right now because it’s probably one of the few things he hasn’t been able to win,” Nick Williams, part owner of Master Of Reality, said.

Among those standing in 48-year-old Dettori’s way is 25-year-old Melbourne jockey Damian Lane, also vying for his first Melbourne Cup.

If he succeeds on Tuesday aboard Mer De Glace, Lane will become the first jockey to claim Melbourne’s big three races in the same year – the Caulfield Cup, the Cox Plate and Melbourne Cup.

He will also join an elite group to have won the “grand slam” of Australian racing after claiming this year’s Golden Slipper in Sydney.

A win by Caulfield Cup winner Mer De Glace would also give the Japanese a clean sweep of Melbourne’s three major races, after Lane rode Lys Gracieux to win the Cox Plate.

“It is great that Japanese horses have been racing so well everywhere in the world,” he said.

“I really don’t want to stop this momentum for the Japanese horses and hopefully can get a good result for Japan.”

Only five horses in the Cup’s 158-year history have achieved the feat including three-time winner Makybe Diva.

“It would be phenomenal,” Appleby’s travelling foreman Chris Connett said.

“I think the last was Makybe Diva and she was an absolute superstar. If we can get in and around that kind of stardom it would be an amazing feat.”