No Japan Cup For Prince Of Arran 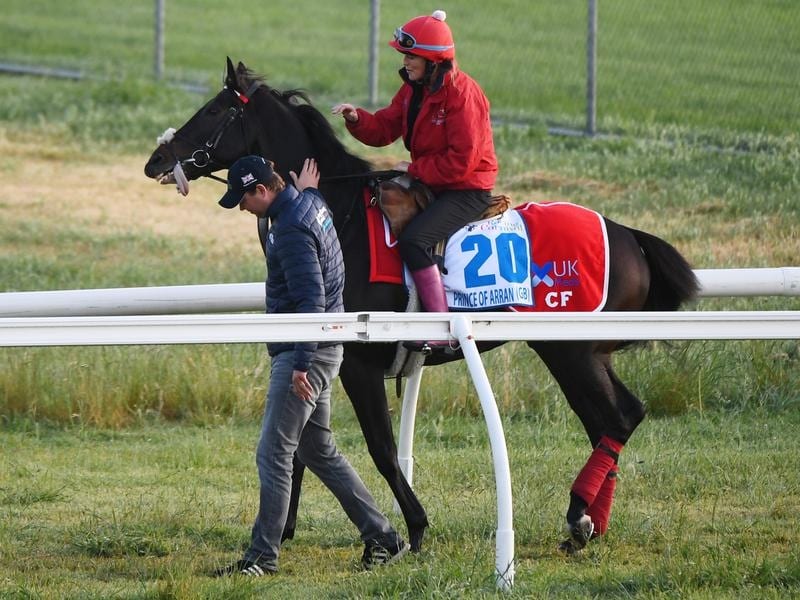 Melbourne Cup runner-up Prince Of Arran’s trip to Japan has been canned with the stayer unable to wear his usual barrier blanket.

Prince Of Arran was invited to the Japan Cup after his performance at Flemington on Tuesday but on Saturday trainer Charlie Fellowes said he would not go because Japanese racing rules do not allow the use of barrier blankets.

Fellowes said he would instead head to the Hong Kong Vase at next month’s International meeting at Sha Tin as originally planned.

“Slight change of plan. Due to complications around a stalls rug Prince of Arran wears at the start, he will not be running in the Japan Cup. Instead he heads to Hong Kong for the Vase,” Fellowes said on Twitter.

“Rules state that you can’t use a barrier blanket in Japan. Sadly this is a necessary addition for The Prince and as much as we tried we were unable to find a way around the problem.

“No barrier blankets allowed in Japan. Sadly PofA is a danger to himself and other horses without one on.”

Barrier blankets are used to calm horses down in the gates and are released when they jump.

Prince Of Arran ran third in the 2018 Melbourne Cup after winning the Hotham Stakes and this year won the Geelong Cup before his second at Flemington..