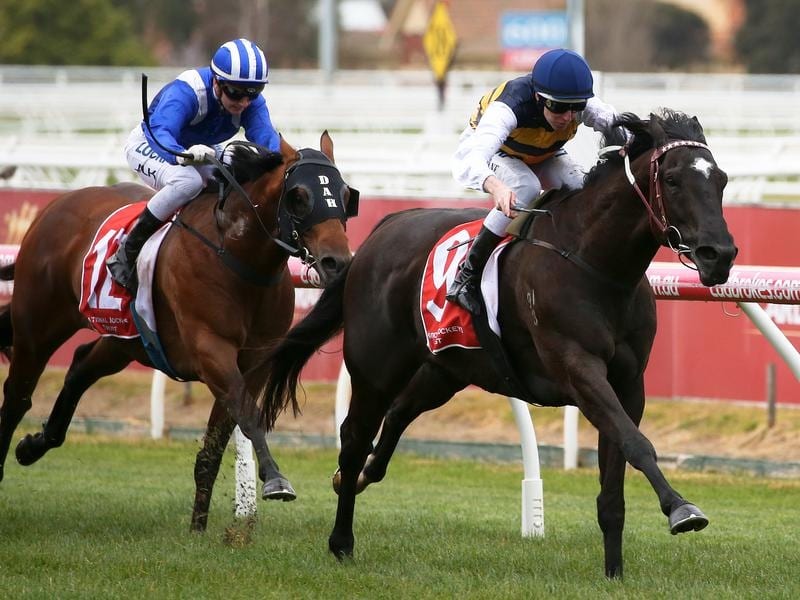 While David Eustace hopes Night’s Watch or Yogi can spring an Australian Cup upset at Flemington, the trainer admits it is hard to see any chinks in the armour of short-priced favourite Avilius.

Eustace trains in partnership with Ciaron Maher and saddles up Night’s Watch and Yogi in Saturday’s $1.5 million weight-for-age race over 2000m.

Night’s Watch is attempting to turn the tables on Godolphin’s Avilius who has beaten him in two lead-up races at Caulfield.

The James Cummings-trained import Avilius was the $1.85 favourite on Friday and the only runner under double figure odds, with Night’s Watch third elect at $14.

“I think it will be tough,” Eustace said.

“If he (Avilius) is right in good order and he gets a good enough run he’ll be hard to beat.”

But Eustace believes Night’s Watch is ready to run to his best after finishing third in the Carlyon Cup (1600m) and fourth in the Peter Young Stakes (1800m), behind Avilius.

“Night’s Watch hopefully has got a great chance of finishing in the top three and if we can topple Avilius that would be fantastic,” he said.

“But he’s got to improve, on figures.

“He’s definitely improved fitness-wise from his second-up run so he should be in the mix.

Yogi finished well to win over 1800m last month, a week after being transferred to Maher and Eustace from the now-disqualified Darren Weir.

“Hopefully he hits the line strong.

“He worked great at Pakenham on Saturday and I think he’ll run a cheeky race.”

Maher and Eustace have Bons Away and Voodoo Lad in Saturday’s Group One Newmarket Handicap (1200m).

Eustace said both were going well but he was leaning to last-start Oakleigh Plate fourth placegetter Bons Away as the stable elect in what he said looked a quality edition of the famous sprint.

Bons Away’s form includes a second to Newmarket favourite Osborne Bulls in a Group Two race over the course and distance last spring.

“He’s probably got the best chance of the two but Voodoo Lad has placed in the race before (2017), he’s a Group One winner and if he’s back to his best he’s going to be right there as well,” Eustace said.