Niedorp Hopes For A Piece Of Slipper Magic 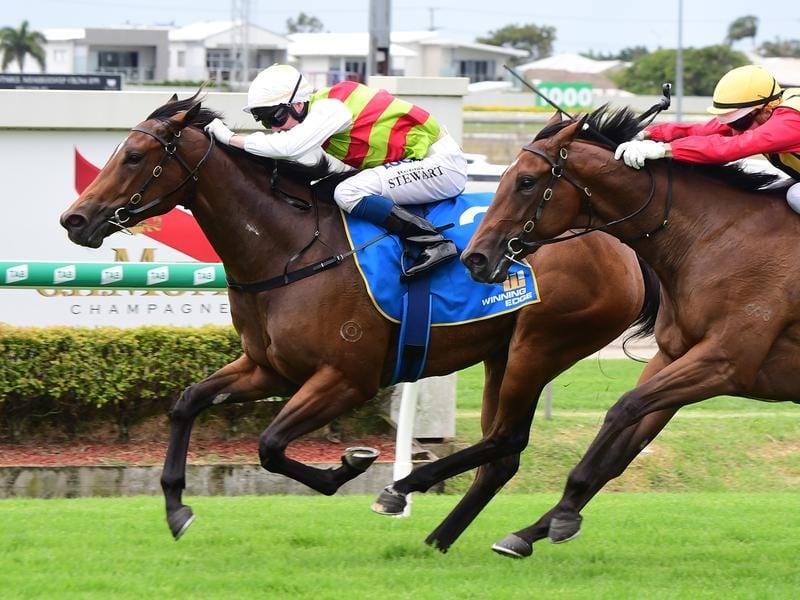 Promising filly Niedorp is on course to confirm early-season expectations she could win a black-type race when she tackles the Group Three Magic Night Stakes at Rosehill.

Niedorp won a trial impressively in September, prompting predictions she would be a star performer in the two-year-old season.

The filly started odds-on in a metropolitan standard two-year-old race at Toowoomba in October but ran second to Mishani Spirit.

Trainer Tony Gollan shelved plans for a tilt at the Magic Millions 2YO Classic and sent Niedorp for a break with the autumn in mind.

The filly returned to win two barrier trials in impressive fashion before leading all the way in a $125,000 Jewel Prelude at Doomben two weeks ago.

The win lifted her prize money to $86,850 and Gollan is resigned to Niedorp having to win on Saturday to make the field for the Group One Golden Slipper a week later.

However, he grew in confidence when another of his fillies Vincere Volare was third to Slipper favourites Tenley and Exhilarates in the Reisling Stakes at Randwick last week.

“There isn’t much between Niedorp and Vincene Volare,” Gollan said.

“They are both pretty smart. I am under no illusions about the task they face against the good southern horses.

“If Niedorp doesn’t make the Slipper field there are other races for her. But the Slipper is our main aim.”

“She worked well on Tuesday and had pulled up well after the Reisling,” he said.