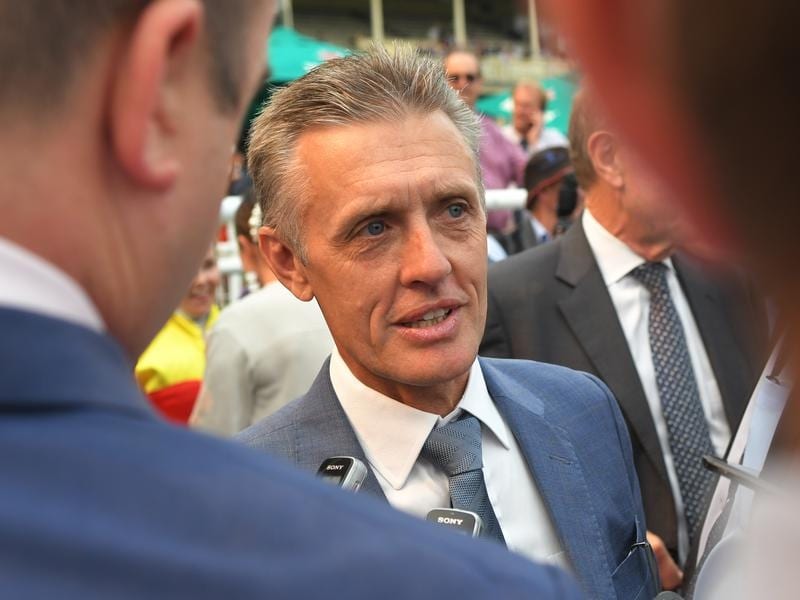 The significant prize money on offer in The Showdown at Caulfield is the incentive for Sydney trainer Mark Newnham to send lightly raced colt Write On south for the race.

The Showdown, to be run for the second year on Saturday, is the richest race on the Victorian Owners and Breeders Race Day.

A son of Written Tycoon who stands at Woodside Park, Write On finished third in a 1000m-maiden against his own age at Kembla Grange on debut last week and is among 24 nominations for The Showdown.

He is 15th in the ballot with a field limit of 16 plus emergencies.

Newnham has plans in place to have Write On transported from Sydney to Melbourne if he draws well when the field is finalised on Wednesday.

Newnham and his Sydney staff are not allowed to accompany the colt across the border because of protocols regarding the coronavirus pandemic but the trainer has made arrangements for Write On to be looked after at Caulfield.

“He’ll travel down on Wednesday night and he’ll stay with Nick Ryan at Caulfield,” Newnham said.

“Under the new protocols, Nick will look after him for a couple of days.

“I’ve stayed with Nick a couple of times already.

“Quite often these types of races they drop away at the end of carnivals like this.

“It’s not a bad little grand final for him. I had it in mind for a while.”

Newnham believes Write On has come out of his 3-1/4-length defeat on debut well but said his next couple of starts are likely to determine whether the two-year-old remains a colt or is gelded.

“He’s come out of his first-up run in good shape.

“He had a gallop this morning at Randwick and Josh Parr, who has ridden him quite a bit, thought he had improved off his first-up run and he looks to have.

Newnham has yet to book a Melbourne jockey for the ride.