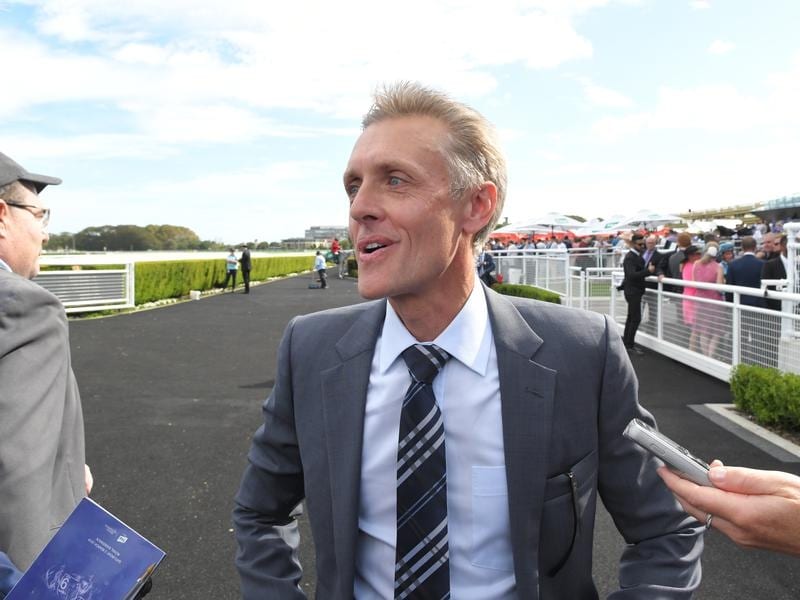 Mark Newnham and Josh Parr have teamed up for more black-type success, with Final Award storming home from last to win the Listed Canberra Guineas.

The trainer-jockey combination has been behind Group One-winning filly Nakeeta Jane, who filled the minor placing behind The Autumn Sun in the Randwick Guineas on Saturday.

A day later, the stable’s male talent was on show as Final Award showed an impressive turn of foot to win Canberra’s $130,000 three-year-old feature.

After settling at the tail of the field, Parr peeled his mount into the clear at the top of the straight.

Final Award ($4) unleashed a superior sprint to win by half a length from Godolphin’s Laburnum ($5.50), with race leader Major Wager ($17) three lengths away third.

Newnham opted to drop Final Award back to 1400m after a disappointing last-start performance when he was a beaten odds-on favourite in a 1600m midweek race at Warwick Farm.

“It was apparent after Warwick Farm that he didn’t run a strong 1600 metres off a slow tempo,” Parr said.

“Here today they went really fast the first third of the race and it set up really nicely.”

Parr said the gelding was a horse on the way up, but cast doubt over how far he could progress during this preparation.

“He’s come a long way in a short space of time,” he said.

“How much further he goes this preparation might be a little bit of a question mark just based on a couple of things he did today. But winners are grinners.”

Final Award’s victory comes eight days after Parr and Newnham claimed a Group One win with Nakeeta Jane in the Surround Stakes.