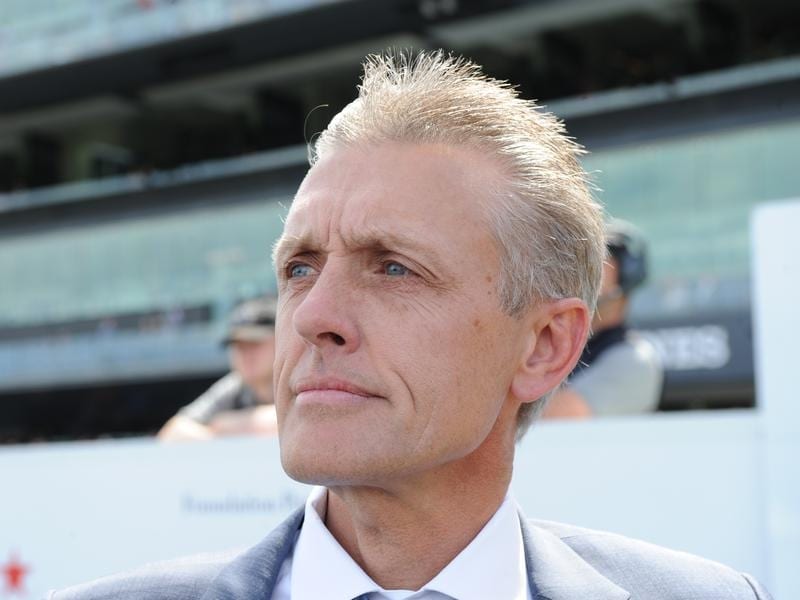 Sydney trainer Mark Newnham admits he has been left deflated after the Victoria Derby but will now give the beaten favourite Shadow Hero a spell before setting him for autumn features.

Shadow Hero went into the Victoria Derby off convincing wins in the Group Three Gloaming Stakes and Group One Spring Champion Stakes in Sydney and Newnham was confident he could add Saturday’s 2500m Classic at Flemington.

But after settling in the second half of the field, Shadow Hero, ridden by Josh Parr, never looked a winning threat in the home straight on a soft track and finished 10 lengths from the winner, Warning, in fifth.

“I came here thinking he could win. He probably failed to pick up in the wet ground.

“As I said to the owner, we got a little used to winning but we didn’t win today.

“We’ve still got a very good horse. We’ll give him a spell and come back for the autumn.”