Newnham Confident Ahead Of Victoria Derby 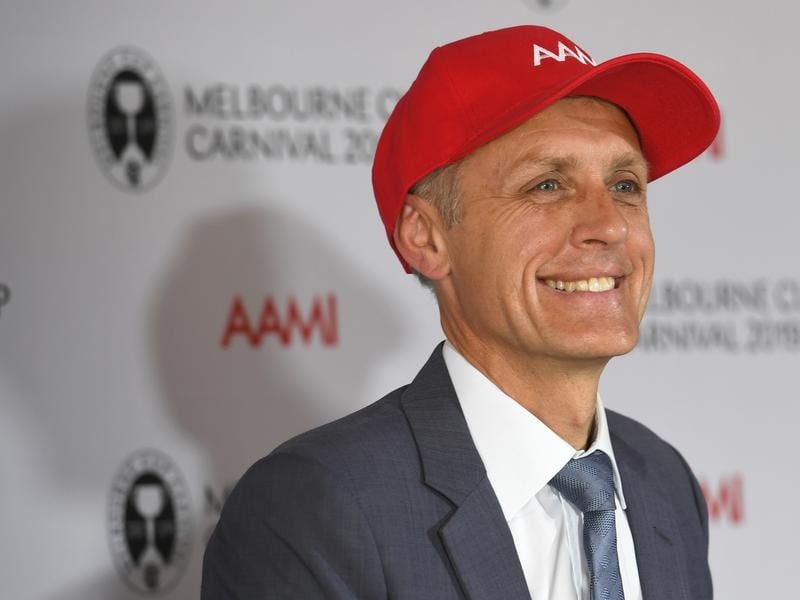 Sydney trainer Mark Newnham reckons his father, John, will be cheering louder than anyone for favourite Shadow Hero in the $2 million Victoria Derby.

Not only because his son has a gilt-edged chance to train the winner of the time-honoured Classic for the first time on Saturday at Flemington, but also because of a Father’s Day gift which could reap him a decent pay-out.

“I went the early crow there,” Newnham said.

“Coming up to Father’s Day this year, he’s got enough golf shirts so I bought him a $100 futures ticket on Shadow Hero in the Derby at $26.

“He’ll be watching at home. He’ll probably be cheering louder than anyone.”

Newham has long had confidence Shadow Hero had Derby potential and nothing the colt has done in the months since has made the trainer think differently.

Shadow Hero takes outstanding form into Saturday’s 2500m-staying test for three-year-olds, having won the Group Three Gloaming Stakes (1800m) and Group One Spring Champion Stakes (2000m) in Sydney at his past two starts.

“It’s been about a three-month plan and his preparation to date has been absolutely faultless,” Newnham said.

“He was always just going to have the four starts so he should be peaking at the right time.

“He was great the other day in the Spring Champion, with a little bit of improvement left in him, so he’s getting here in the best possible shape he can be in and I think he just needs no bad luck.

“I haven’t really got any question marks. It’s only that I want a race that gives every horse their chance and I think if that happens I’m confident that my horse will come out on top.”

Shadow Hero, to be ridden by Josh Parr, was the $3.10 favourite on Friday ahead of Caulfield Classic winner Thought Of That at $3.50 while Soul Patch is $4.60.

Newnham is confident Shadow Hero has the conformation and aerobic capacity to ensure the 2500m is no concern.

Shadow Hero is a son of Pierro, a multiple Group One-winning horse Newnham knew well from when his time as Gai Waterhouse’s racing manager before he embarked on his own training career.

“I loved being associated with Pierro when Gai trained him. I rode him in a lot of work and a couple of trials, and Greg and Donna Kolovos who owned Pierro, they bred this horse.

“Greg came out and watched him win the Spring Champion Stakes, so there’s a little bit of history there and it means a lot.

“And this horse, I thought he was quite special from before he had his first start.

“Just the planning that’s gone into it, even taking him to Brisbane in his first preparation to give him a trip away with this in mind, if it all comes off tomorrow it would be a pretty proud moment.”