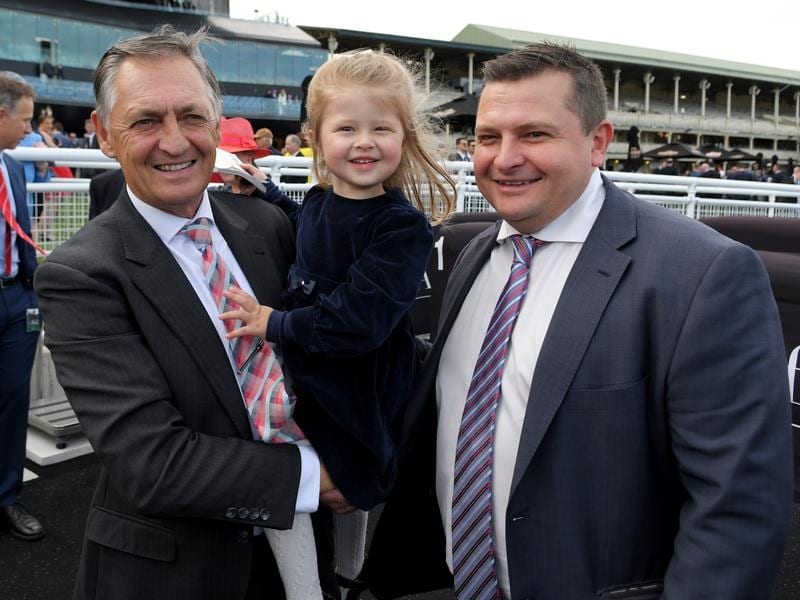 The Hunter Valley’s Newgate Farm looks to have a stranglehold on the Inglis Nursery with an interest in three leading chances for the $500,000 race.

Newgate are shareholders in both the favourite Strasbourg and equal second elect Enforcement.

They also have a vested interest in Blazing Miss, who shares the second line of betting and is a daughter of Newgate’s young stallion Sizzling.

“A lot of our model is based around two-year-old speed and precocity so it’s nice to have an interest in three horses running in the race,” Newgate Farm General Manager Bruce Slade said.

Instrumental in the selection of the two colts was Newgate’s Managing Director Henry Field and Michael Wallace from the China Horse Club, which also races Strasbourg and Enforcement.

“They purchase anywhere between 10 and 15 colts a year and we’ve been lucky enough to secure Capitalist at a young stage in the past and Russian Revolution at a young stage as well and they’ve gone on to be stallions on our roster at Newgate,” Slade said.

At $750,000, Strasbourg is the second highest priced yearling in the Inglis Nursery and is a winner of his only start in the Max Lees Classic at Newcastle.

Punters expect some of his stiffest opposition to come from his Peter and Paul Snowden-trained stablemate Enforcement, who like Strasbourg is a son of top stallion I Am Invincible and looked to have plenty up his sleeve in a recent barrier trial win.

“He’s a horse Peter Snowden has always held in high regard, he hasn’t been bedded down in the trials and he’s come through that well,” Slade said,

“We’re looking forward to seeing what he can do under race day conditions.”

Among those trying to upstage the blue-blooded colts will be the Bjorn Baker-trained Stralex who at $40,000 is one of the cheapest youngsters in the Nursery.

She has finished third in both starts to date, the latest behind Strasbourg at Newcastle, and Baker has fitted her with blinkers for the first time.

“She’s a filly that has always shown ability and there’s no question on her fitness leading into Saturday,” Baker said.

“I’m hoping she can run a good race. Blinkers go on too so hopefully they just sharpen her up a touch.”

The Inglis Nursery forms part of a series of two-year-old races restricted to horses bought at Inglis sales and culminating in the $2 million Inglis Millennium at Warwick Farm in February.