Newcomer Kemono Down To Run In The Heath 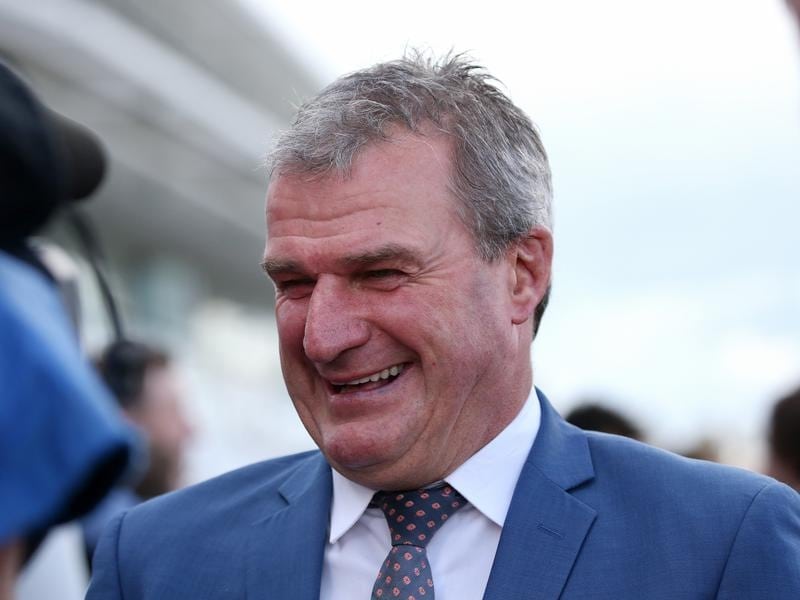 An imported Japanese horse trainer Darren Weir hopes can gain one of the two remaining berths in The Everest has had a name change ahead of his Australian debut.

Bought by an Australian syndicate, Cassius will be known as Kemono when he runs in The Heath 1100 Stakes at Caulfield on Saturday.

Kemono arrived in Australia just over four weeks ago with four other Japanese horses bought by a syndicate headed by Ozzie Kheir.

Along with Tosen Basil and Admire Robson, Kemono was sent to Weir while Happy Moment and Danon Roman have joined Anthony Freedman.

A gallop between races at Ballarat on August 19 and a jump-out at Warrnambool last Friday has Kemono ready for his first run on Saturday.

“He’ll run on Saturday, have a couple of runs and hopefully put his hand up for The Everest.

“We’re trying to get an Everest spot with him.”

The remaining berths for The Everest are held by the Australian Turf Club and Max Whitby.

Brave Smash ran third in last year’s inaugural Everest behind Redzel and is among nominations for The Heath.

Weir would not mind some give in Saturday’s track after watching Kemono gallop at Ballarat.

“He looked to love the wet,” Weir said.

“I doubt he would have seen it before but he looked to love it at Ballarat.

“He galloped with Iconoclasm and galloped a lot better and Iconoclasm ran well at Moonee Valley on Saturday.

“He’s not wound up to win but he’s wound up enough to go and run well, just like Iconoclasm did.”

There are 17 nominations for the 1100m Group Three race including Weir-trained stablemates Cliff’s Edge, First Among Equals and Voodoo Lad along with Sydney-trained Ball Of Muscle and Dothraki.

The Udyta Clarke-trained Rich Charm, scratched from recent assignments at Flemington and Caulfield with a slight hock injury, has also been entered.