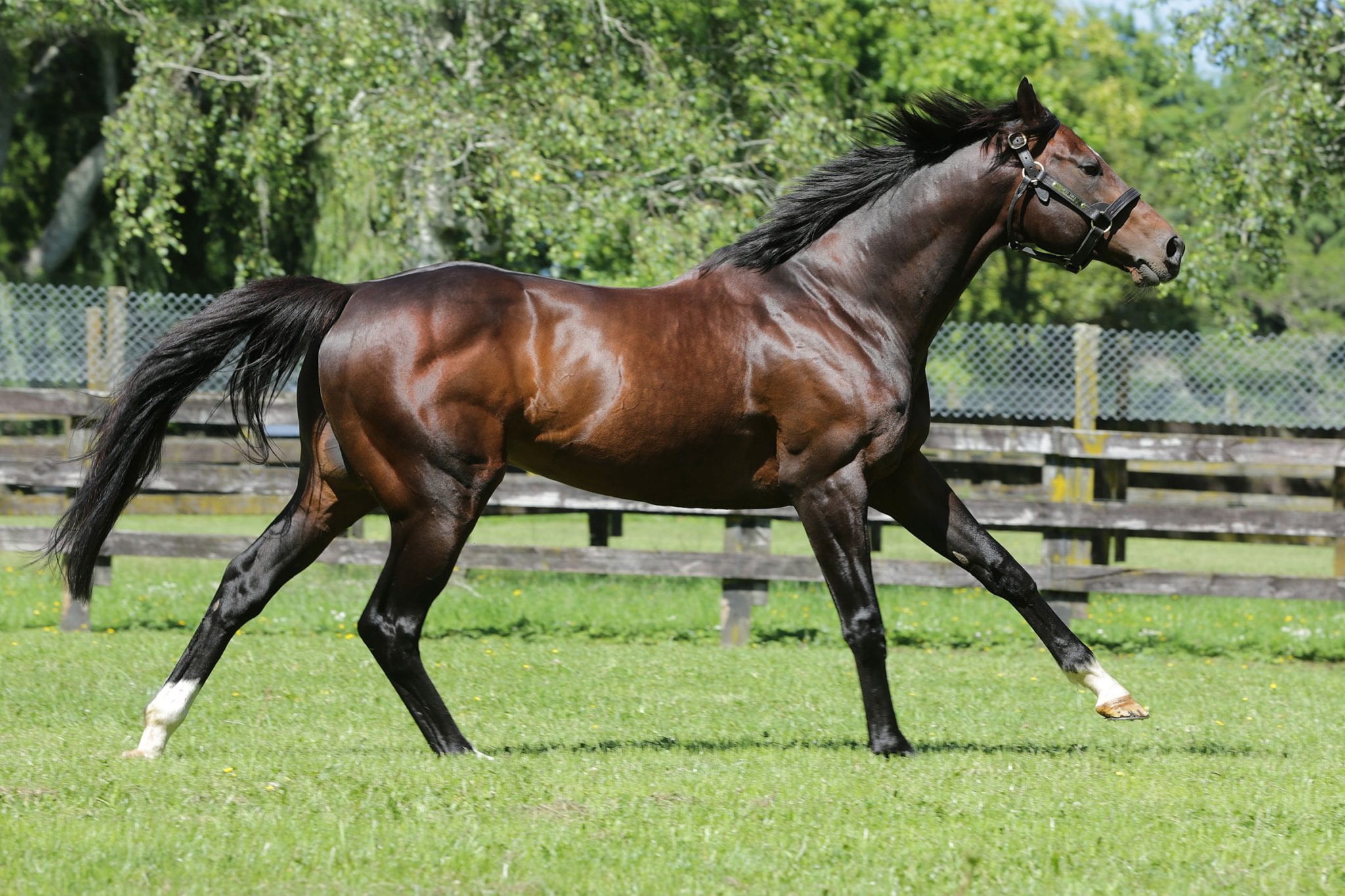 The progeny of Deep Impact’s elite level-winning son were well-received at this year’s New Zealand Bloodstock National Yearling Sales, with a top price of NZ$360,000 and a NZ$110,000 Book 1 average.

“It is good news for the breeding industry that Satono Aladdin will return again from Japan,” Rich Hill Managing Director John Thompson said.

“With his superb pedigree, athleticism and physical presence, he is arguably the best-credentialed son of Deep Impact to go to stud in Australasia. His first crop of yearlings sold so well for good reason.”

Negotiations for a return to New Zealand are in the final stages and Shadai Stallion Station has indicated a positive outcome for Rich Hill where Satono Aladdin will stand at NZ$12,500 + GST.

Rich Hill’s up and coming young stallion Proisir will have a fee increase to NZ$12,500 + GST.

With Proisir’s progeny performing well in New Zealand, Hong Kong and Australia, he has demonstrated an ability to consistently upgrade his mares.

All his current stakes performers were sired at his initial service fee of NZ$7000 + GST, as too were his 2021 yearlings which sold up to NZ$230,000 in January.

“We have already had a lot of bookings to Proisir, subject to his 2021 service fee announcement. Now we have confirmed his fee I would advise other breeders to get in touch quick-smart to secure their nomination to this exciting young sire,” Thompson said.

Promising sire Vadamos will also return to his Southern Hemisphere base at Rich Hill to stand at NZ$12,500 + GST.

His sole Australian runner With Your Blessing ran third in his first start at Canterbury Park before finishing a close-up fourth in Sydney’s Group 3 Pago Pago Stakes (1200m).

“We believe we are in for very exciting times over the next 12 months as the progeny of Vadamos turn three years old,” Thompson said.

“His sales yearlings have been in great demand over the past two years, and he looks a great chance to sire those classic horses for which people come to New Zealand to buy.”

The High Chaparral sire-line has proven a revelation in Australasia over the past few seasons with virtually every High Chaparral sire son making his mark – So you Think, Dundeel, Toronado, Redwood, and now Contributer, all producing Group One winners.

“Ace High combines precocious speed with dominant spring three-year-old form, and together with his superb pedigree he could well be the best of them all,” Thompson said.

“The feedback on his first crop weanlings could not be more positive. We are naturally delighted to have a stallion with his credentials on the farm.”

The progeny of Rich Hill’s proven Group One sire Shocking have had another tremendous year on the racetracks of Australasia. Barely a week goes by without the son of Street Cry siring a winner and the likes of Dragon Storm, Camino Rocoso, Killowatt, Analytical and Nasha Riva have all won Cup races this season.

Shocking has some very promising horses coming through the ranks including Saturday’s Group 2 Championship Stakes (2100m) winner Hezashocka, with big things also expected from the likes of Defibrillate, Manrico, Horrifying, and the unbeaten Elephant.

Shocking sits in the Top 10 on both the New Zealand and Dewar Trophy Premierships and stands for a fee of NZ$8500 + GST this year.