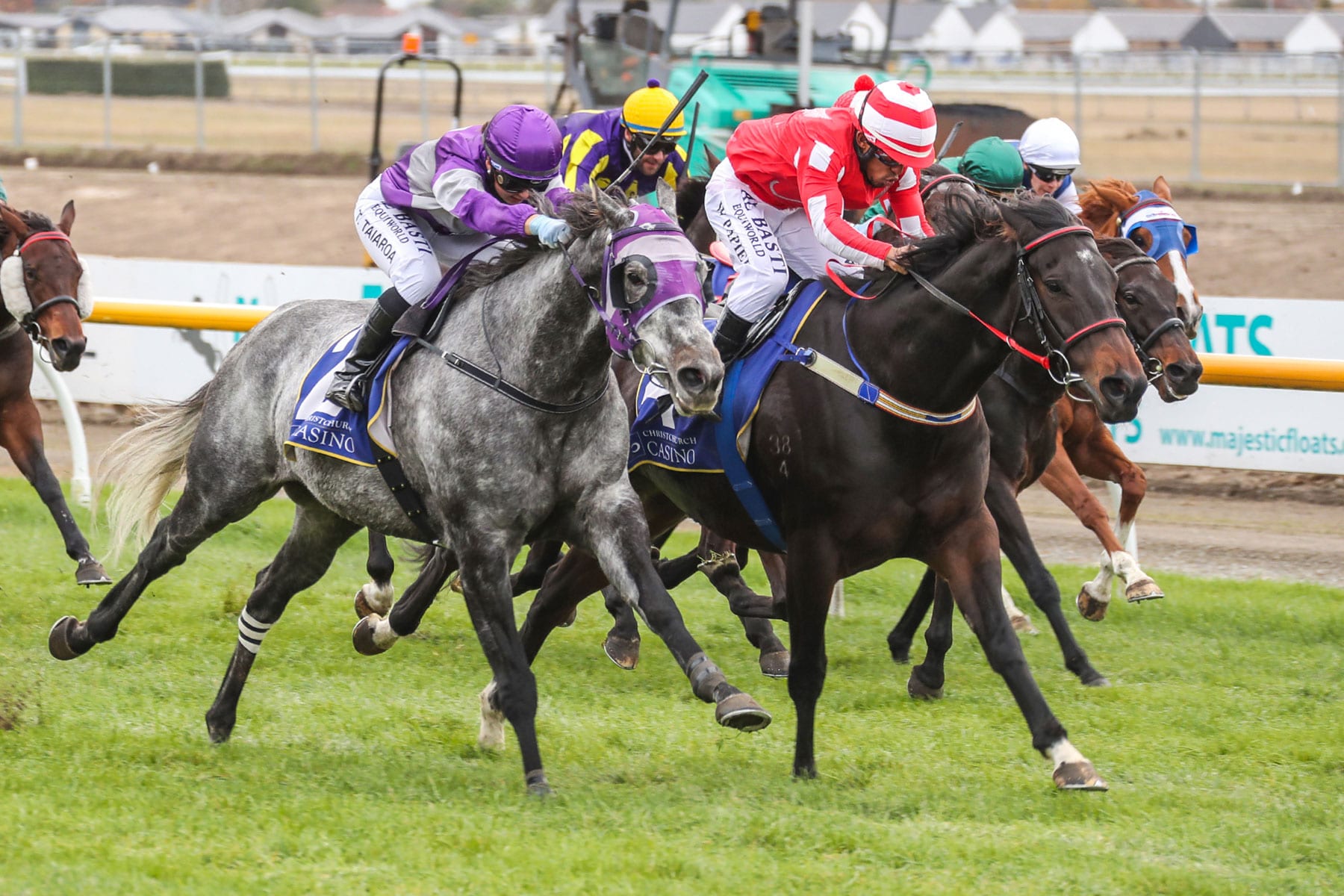 Blackadder, who will first travel to Wingatui for racing on Friday, said the Rating 74 feature at Trentham had plenty of appeal for seven-year-old Dalghar gelding Tellyawhat after his win in the same grade at Riccarton earlier this month.

“He’s won at Trentham on a Heavy11 track before and though that was a while ago, I can’t see why he won’t handle those conditions again. And I’ve booked Bailey Rogerson for her four kilo claim. We wanted to take as much weight off his back as we could.”

“We’ve worked out he doesn’t take a lot of work. Since Riccarton, I gave him a run along Woodend Beach and he’s only done light pacework since,” Blackadder said.

“He’s very well and I couldn’t be happier with him. He’s come through that win as good as gold.”

Blackadder has campaigned horses at Trentham in the past, with I Am A Rock taking him closest to a win on the “champagne turf” when he went down half a neck on a premier day there in January.

“He knows the place. He raced there before and I’m expecting him to go well,” Blackadder said of Tellyawhat.

“We won’t change anything for Saturday. He comes from the back. He’s better taking a sit. It’s a NZ$50,000 race and he’s qualified for it. You don’t get that many opportunities in races like this and with the wet track, hopefully it’s the right combination.”

Blackadder said he would get Tellyawhat back home after Saturday’s race and give him a break before targeting upcoming open handicap sprints at Riccarton with a view to testing him at 1600m long-term.

“I’d like to target the Winter Cup long-term if it looks like he’ll get 1600m. The way he races and relaxes in running, I’d like to think he would.”

The Group 3 Winning Edge Presentations Winter Cup (1600m) will be run at Riccarton on August 7.

Meanwhile, Blackadder has much to look forward to at Wingatui on Friday, with three runners – Jimmy Who, Drake Bay and Ricky Baker – and the first ride of stable apprentice Megan Taylor.

Taylor, 24, will ride Jimmy Who and Ricky Baker on her first day of riding.

“It’s pretty exciting. She came to me and asked about riding trackwork and it’s gone from there. She sits on pretty well and we’re hoping she can go well tomorrow,”