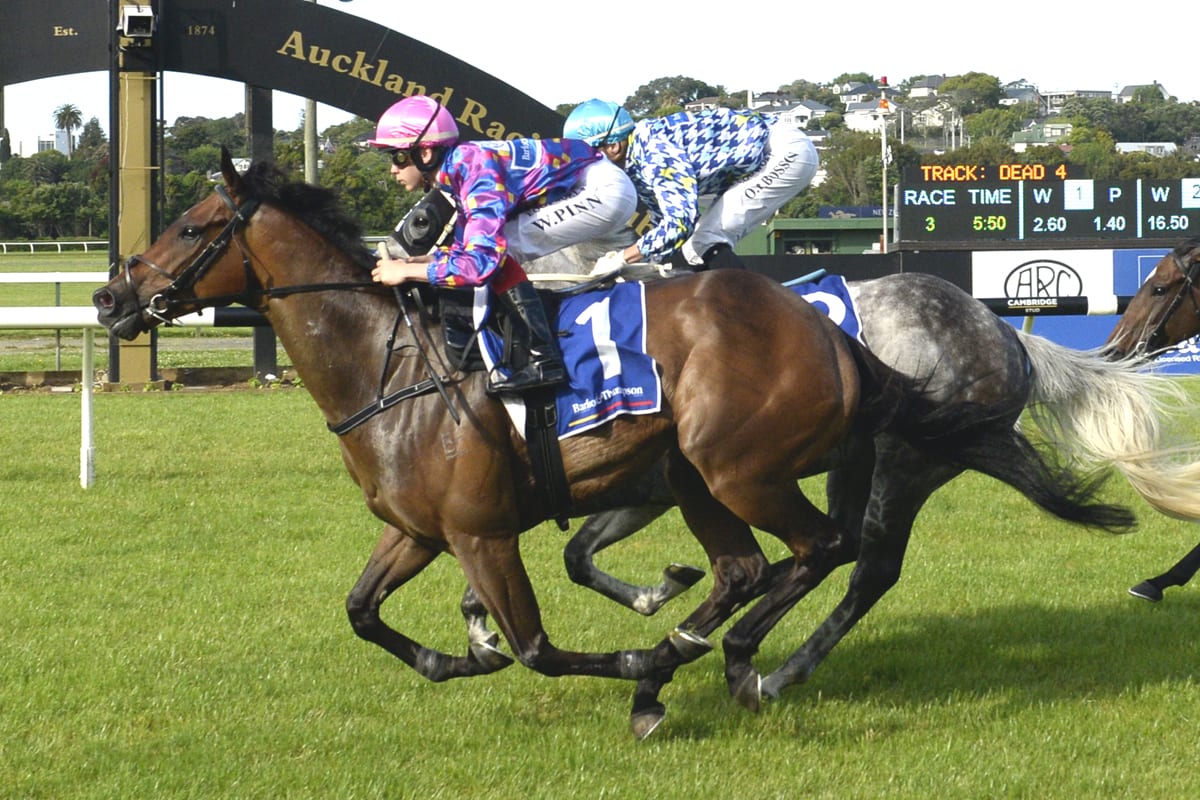 Pike will return to his training base at Cambridge to concentrate on New Zealand spring racing after unearthing a genuine staying prospect in Sacred Day to complement his success with The Bostonian.

The Bostonian was one of the Brisbane carnival’s stars with Group One wins in the Doomben 10,000 and the Kingsford Smith Cup.

Coming from midfield on the rail, Sacred Day ($13) saved ground to take an inside run on the home turn before beating Sopressa ($6) by a long neck.

Vaucluse Bay ($5.50) was a half head away in the minor placing with the favourite Igraine ($4) finishing fourth.

Pike said Sacred Day had the potential to go further after the four-year-old made it four wins from 16 starts.

“I always thought he was a progressive stayer and I think he will go on from here … we have always held him pretty high regard,” Pike said.

Country-based Looker celebrated one of his biggest moments in racing.

“I had a beautiful run. When he burst through I thought it was too good to be true,” Looker said.