Kali spot on for Group 1 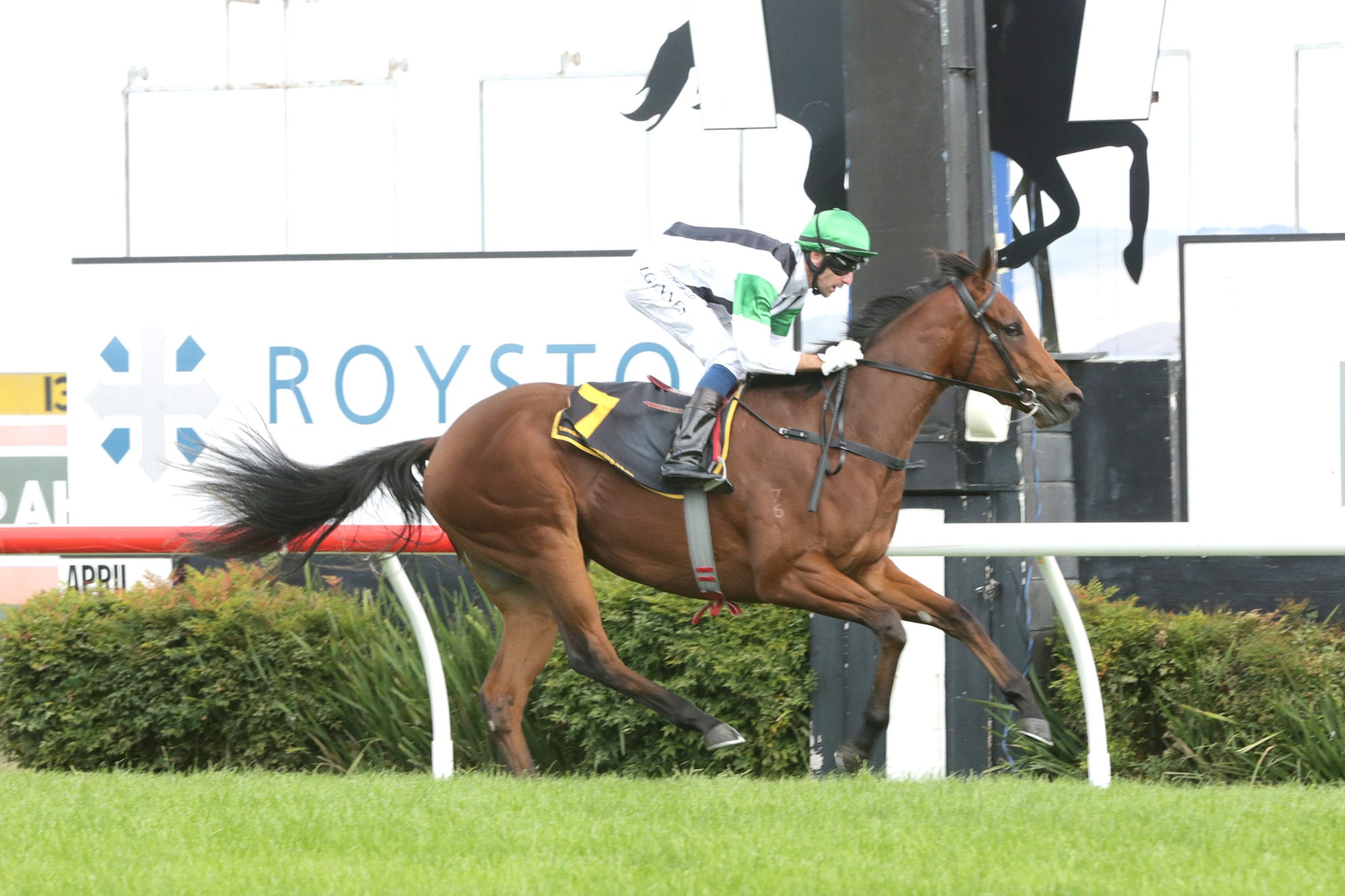 An exhibition gallop between races at Motukarara on Sunday has kept smart Cambridge filly Kali on track for her Group 1 mission at Riccarton on Saturday week.

Kali worked with the Jamie Richards-trained Folk Dress over 1200m in preparation for their clash in the Group 1 gavelhouse.com New Zealand 1000 Guineas (1600m), for which Kali is currently the $5 second favourite on the TAB’s Fixed Odds betting behind the unbeaten Travelling Light ($3.20). “She worked really impressively and pulled up well,” trainer Tony Pike said. “It was like a barrier trial for her. She sat a half-length off the other horse (Folk Dress) and cruised up on the corner and they finished it off beautifully.”

Kali also currently remains in the nominations for the Group 1 Al Basti Equiworld New Zealand 2000 Guineas (1600m) at Riccarton on Saturday, as does stablemate and 1000 Guineas prospect Loire. “I only left them in there more for the fact if something went wrong with Catalyst and he didn’t get on the plane,” Pike said. “Kali is a very good filly and she’d be a good chance in the 2000 Guineas if Catalyst didn’t go down. But I’ll be pulling her and Loire out of the 2000 Guineas on Tuesday.”

Kali, a daughter of Darci Brahma, has been beaten just once in four starts, when an unlucky seventh in the Group 3 Gold Trail Stakes (1200m) at Hastings after scoring a double on the track. She was then sent south for the Group 3 Barneswood Farm Stakes (1400m) at Ashburton and bounced back to her best, beating Karalino and Folk Dress. Leith Innes has ridden Kali in each of her wins, but as contracted rider for Brendan and Jo Lindsay he is committed to Bavella in the 1000 Guineas so the mount on Kali has gone to Troy Harris, who was aboard in her Gold Trail Stakes run and her exhibition gallop.

Stablemate Loire, a two-race winner who was stakes-placed twice at Hastings, finished among the tailenders last start in the Group 3 Soliloquy Stakes (1400m) at Ellerslie, but suffered a heart fibrillation. “We’ve had her tested since and she’s got the all-clear,” Pike said. “She’ll gallop on Tuesday and again Saturday and as long as we’re happy with her she’ll go down to Christchurch on Wednesday week. She’ll definitely love the mile at Riccarton.”

Pike is also very happy with his two other New Zealand Cup meeting candidates, Sherwood Forest (2000 Guineas) and Sacred Day (Group 2 Coupland’s Bakeries Mile). Sherwood Forest moved into second favourite ($8) behind Catalyst ($1.15) on the TAB’s Fixed Odds betting for the 2000 Guineas following his decisive last-start win in the Group 3 War Decree Stakes (1600m) at Riccarton. “He went down early especially for that race,” Pike said. “The step up to a mile is perfect for him. He’s a lovely Derby horse for the autumn and the trip away will make him. “If Catalyst turns up in the same form he’s been showing they won’t beat him, but funny things do happen. Sherwood Forest is a big chance to run second.”

Sherwood Forest has won two of his three starts this campaign after benefitting from three juvenile outings and he headed south with a last-start fifth behind Catalyst in the Group 2 Hawke’s Bay Guineas (1400m) to his credit. “’He’ll have a short break after he comes back from Riccarton and be set for the New Zealand Derby (Group 1, 2400m),” Pike said. “That’s his main target.”

Sacred Day had his first start since winning the Listed Grafton Cup (2350m) in New South Wales in July when he finished third in the Coupland’s Bakeries Mile Trial (1400m) at Riccarton on October 26. “He trialled up well at Avondale (second) before going down and they just didn’t go quick enough the other day for him,” Pike said. “He’s a stayer, but on the fresh side he can run a good mile. He should drop about four and a half kilos in the Coupland’s Mile. “Long term I’d like to get him to the Sydney Cup (Group 1, 3200m) with a light weight.”

Pike’s interest on Saturday will also be on Australia where The Bostonian will contest the Group 1 Darley Sprint Classic (1200m) at Flemington, while a later hit-and-run Perth raid is in store for Endless Drama.

The Bostonian was a close third in the Group 2 Schillaci Stakes (1100m) at Caulfield before finishing fifth in the Group 1 Manikato Stakes (1200m) at Moonee Valley. “His run in the Schillaci was huge, but the track was a bit firm for him at Moonee Valley last time,” Pike said. “There’s rain over there now and hopefully he’ll get a slightly off track on Saturday. We’ll have him probably a touch closer to the speed.”

Endless Drama, a dual Group 2 winner since joining the Pike stable, is being prepared for the Group 1 Winterbottom Stakes (1200m) at Ascot on November 30. “He galloped brilliantly on Saturday morning and he’ll be flown to Melbourne then on to Perth,” Pike said. “He’s coming up super and on his fresh-up Foxbridge Plate (Group 2, 1200m) form, when he beat Te Akau Shark (second) and Melody Belle (fourth), he should be a good chance over there. “It’s a A$1 million race and he’ll come home straight after it and be prepared for the Telegraph (Group 1, 1200m) at Trentham.” Endless Drama won the Group 2 Easter Handicap (1600m) in April and then headed to Brisbane where he finished third in the Group 1 Stradbroke Handicap (1400m), a couple of months before his Foxbridge Plate performance.

Meanwhile, Pike will have three runners at Ellerslie on Tuesday. Recent Te Teko trials winner Cyber Attack will resume in the Rating 82 1200m, Terra Sancta will also be fresh-up in the Carbine Club Trophy (1400m) and Wild Like will be out to make up for an unlucky fresh-up run when he attempts to clear maiden ranks over 1600m. “Cyber Attack goes well fresh and we’re going to see how he measures up and whether he’s up to having a go at the Railway (Group 1, 1200m),” Pike said. “Terra Sancta trialled up all right at Te Teko, but 1400m might be a bit too sharp for her and is below her best distance. If she comes up well we’ll look at some black-type Cups. As for Wild Like, he’s got a couple of wins in him.”