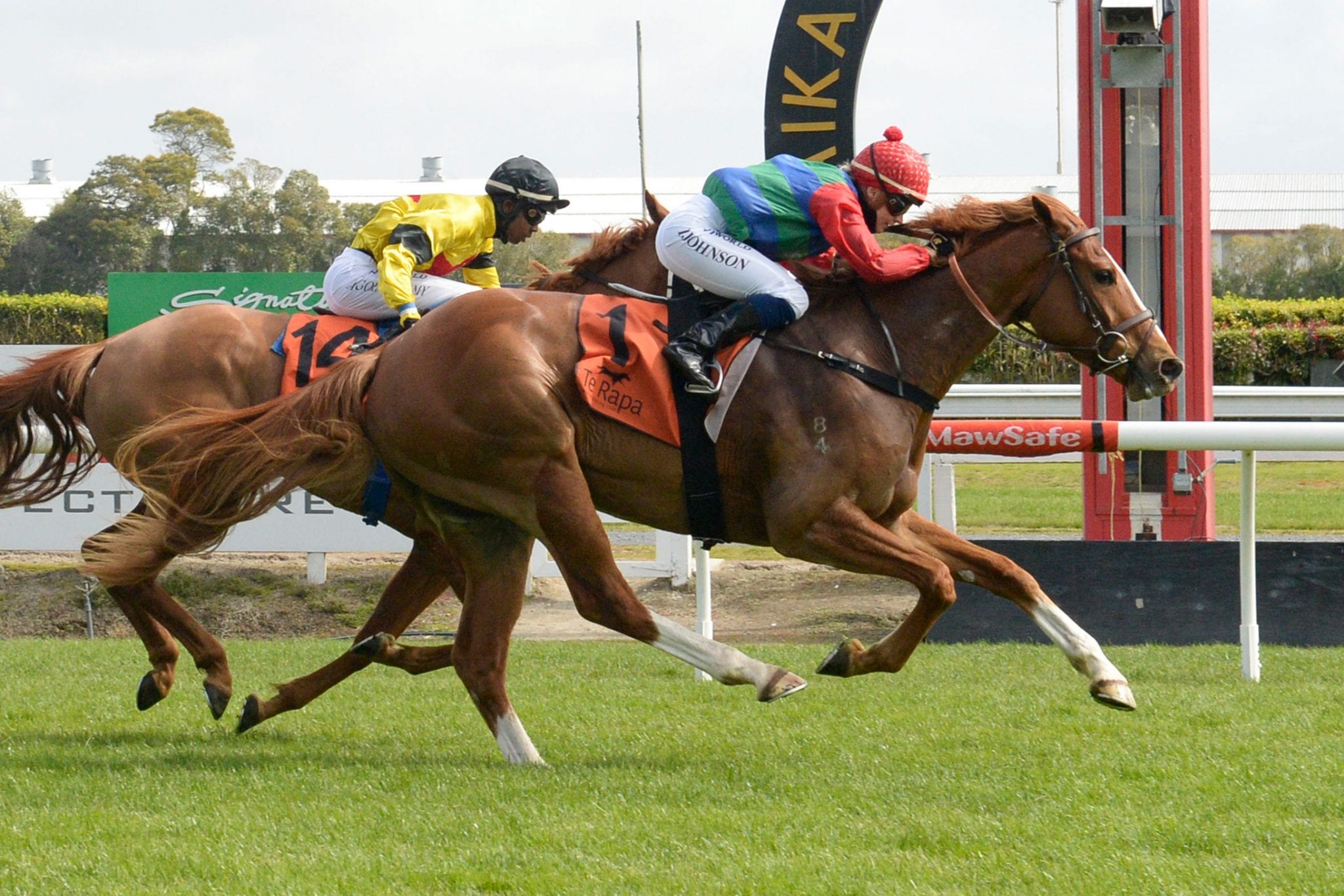 New Zealand North Island trainers Sue Thompson and Mick Brown are looking forward to their local meeting at Hastings on Saturday where they will line-up three runners.

Zed gelding Overstayer will be out to continue his winning form from last campaign when resuming in the Pam Holden Racing Mile (1600m).

The six-year-old won on the same course and distance in December and his trainers are hopeful of a repeat performance this weekend.

He had initially been earmarked to start at Hastings a fortnight ago, but those plans were hindered after an infection.

“We would rather have run him two weeks ago, but he had a little nick on his back leg and got a bit of an infection so he couldn’t run,” Thompson said.

While both of his wins have come over a mile, Thompson said she expects him to develop into a stayer.

“We think he is a stayer, we are just giving him a run back,” she said.

Stablemate Master Brewer has been dual accepted for the Vicki Wilson Racing Stables 1400 and the Tony Lyndon Farewell 1600, but Thompson is leaning towards the latter, stating the 1400 was an insurance policy against a bad draw in the mile.

The son of Playmaker has drawn barrier nine in the mile and Thompson is hoping he can improve on his last start third placing.

“I would say after the mile the other day, we would go for the mile again,” she said.

“They just went a bit hard early last start and he didn’t finish it off quite as well as we would have liked. He finished it off okay, but they did cut each other’s throats out in front.

“We hope he will run another good race.”

Meanwhile, two-year-old filly Ivanka pleased Thompson with her last start runner-up effort after what she described as a nightmare debut at Wanganui.

“We were absolutely stoked with her last start, it was a top ride and a top run,” she said.

“In her first run at Wanganui she got bowled over and it was a nightmare, she is not very big.”

Thompson is now in her 12th year training, and the former decorated equestrian and jumps jockey said she is enjoying working her small team of nine.

Her first love was showjumping, where she garnered a lot of success, but transitioned into racing after years of family involvement.

“My family has always been in it (racing), especially on my mother’s side,” she said. “I graduated to riding over fences and then into training.

“Running second in the Telegraph (Group 1, 1200m) with Designated Driver, that was a huge highlight.”

Prior to getting involved in training, Thompson enjoyed a long and distinguished career in showjumping.

“I did a lot of showjumping. I was away every weekend doing that,” she said.

“Winning Horse of the Year, Lady Rider of the Year, and the World Cup Series were big highlights, but my biggest highlight was winning the Pony of the Year because my Mum and Dad were there with me.”

Thompson said she was lucky enough to do a fair bit of travelling through showjumping, including stints in Australia and England.

“I went to Australia with a horse and went overseas with Jeff McVean when he had his first overseas trip to England,” she said.