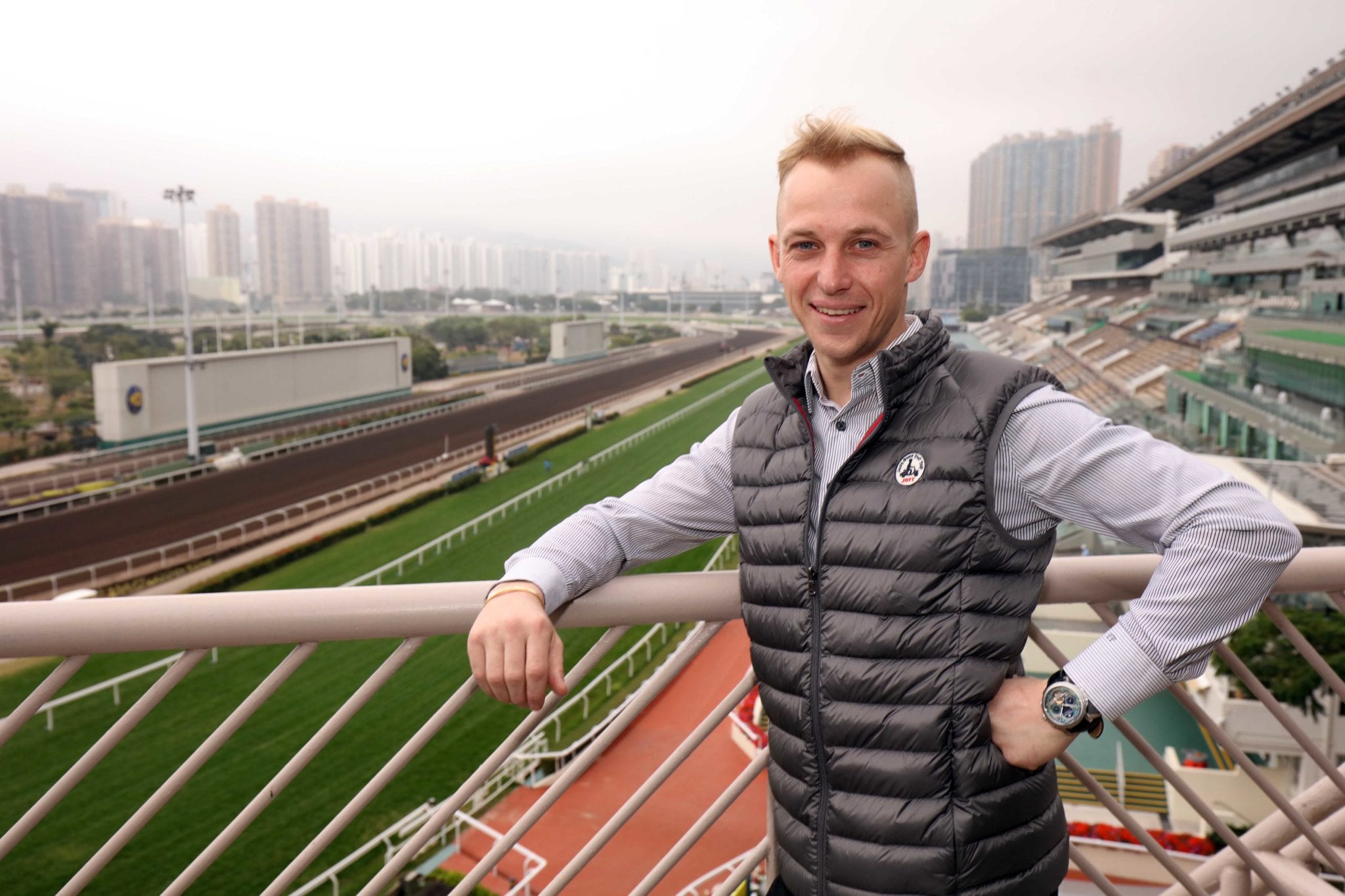 A new year signals a new opportunity for Tony Piccone who will kick off a two-month contract with the Hong Kong Jockey Club at today’s (1 January) race meeting at Sha Tin Racecourse.

“I’m very proud to be here and keen to get started,” the Frenchman said yesterday morning, (Tuesday, 31 December). “My first impression of Hong Kong is that it is very beautiful; I am very happy and excited to be here and be part of racing in Hong Kong.

“Hong Kong is a very good opportunity for me. Two years ago I contacted the Club and hoped to come here and this year it’s the right time, so I’m very happy to be here. I hope to ride a lot of races, get on some good horses and win races, make the trainers happy and maybe come back again next year.”

Piccone arrives in Hong Kong off a successful 2019 in which he notched a fourth career Group 1 win, aboard Holdthasigreen in the Prix du Cadran, and secured the recent Qatar Derby on Pedro Cara.

He hopes to continue in that vein and is confident in his ability to compete on what is regarded as one of the world’s toughest circuits.

“I want to win the maximum races, the big races, and I want to have good horses to ride. Year on year things have got better for me and I hope it can continue here,” he said.

“I watch the Hong Kong races on the internet and although I’ve never ridden here I like the races; in France, Hong Kong is considered to be among the very good races in the world.

“French jockeys are a good level in the world – I say we are the best,” he added, with a self-aware grin.

Piccone’s career began when, inspired by his father, Jean-Marc Piccone, he was accepted to the jockeys’ school in Marseille at age 14. He left at age 17 to ride as stable apprentice to Cedric Boutin in Chantilly and has since carved out a career as a prominent freelance.

“When I was a child I watched the races of my father, who was a jockey, and after that, when I was old enough to go to jockeys’ school, I went there. I wanted to do the same as my father,” he said.

The newest recruit to the Hong Kong roster is eager to get started and is looking forward to four rides today, his first being Colonel for premiership leader Ricky Yiu in the afternoon’s opener.

“My number one priority in any race is I’m always confident,” he said. “I am very relaxed before the race and in the race. There is no pressure for me and tomorrow I will ride four races and I am not nervous, I am excited. I think all four races I have a chance and I’m very happy.

“I think there are very good jockeys here but in a race, every jockey is the same. If you have the good horse you can win the race – I will try my maximum to be successful.”

The Hong Kong Jockey Club’s Executive Director of Racing, Mr. Andrew Harding, said: “Tony is carving out a promising career in French racing. His CV boasts some 760 wins including four Group 1 wins, and the experience of riding both throughout France and internationally. Tony is a talented, hard-working jockey and we will enjoy seeing him ride here over the next couple of months.”