New season off to a flying start for Baker 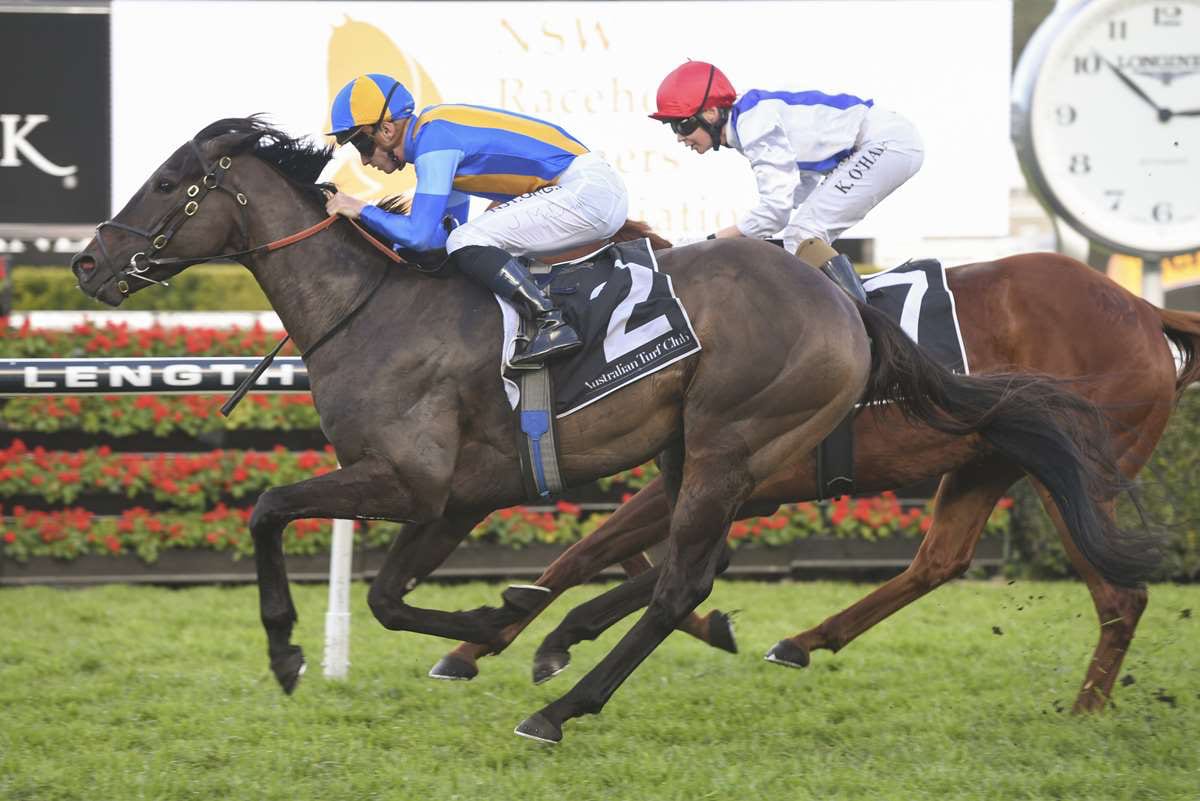 Ex-pat Kiwi trainer Bjorn Baker enjoyed a breakout season at the metropolitan level in Sydney over the past twelve months and continued that momentum on Saturday with a winning double at Randwick. Promising Savabeel five-year-old Kiss The Bride showed plenty of grit to out-stay his rivals over 1800m on the Heavy9 Randwick surface before Off Shaw replicated the fight his stablemate showed in a tight finish to outlast Charretera over 1400m in the last race on the day.

Baker, who won 128 races during the 2019-20 season including 56 at metropolitan level, was delighted to start the new racing year with a bang. “It was great to kick off the season on a positive note,” Baker said. “Last season, in terms of metro winners, was a breakthrough for me and I thought it might be hard to replicate it this year, but to get two on the first day of the new year is a real boost.”

Kiss The Bride is the first foal of outstanding racemare I Do who won fifteen races including seven at stakes level with her crowning achievement being a success in the 2014 Group 1 Makfi Challenge Stakes (1400m) at Hastings.

Baker purchased the son of Savabeel for $200,000 from the Waikato Stud draft at the 2017 Premier Yearling Sale at Karaka and has adopted a patient approach with him. “He (Kiss The Bride) didn’t show a whole heap early on but he has continued to improve,” he said. “I do think he is better on top of the ground and I think it was mainly guts, a good ride from James McDonald and a never-give-in attitude that got him home. “There’s not a whole heap of races for him at present so I’m going to have to give it some thought on where we go to with him.

“I’d like to think we will be looking at some of the staying stakes races but that might still be a preparation away. “He’s crying out for 2000m and further although, with the track the way it was, it probably seemed more like that than the official 1800m that it was on Saturday.”

Baker was also full of praise for Tobique gelding Off Shaw who did his early racing for Waverley trainer Bill Thurlow in New Zealand. The five-year-old made his way to Baker after winning two of his first four starts and has added two further victories from three runs for the stable. “He (Off Shaw) is a big lean sort of horse who was bought out of New Zealand for me by Bevan Smith,” Baker said. “He actually ran well first up for sixth at Warwick Farm but then he got a bad ulcer in his eye which meant he had to have a fair bit of time off.

“He has come back well and won nicely at Kembla Grange before measuring up to city class on Saturday which was a really good effort as it’s a big jump up. “He’s very genuine and appreciates a bit of cut in the track although I think he can go on anything. “I think he could also be better over a little further so there is a nice mile race in three weeks that will work out perfectly for him.”

Baker is excited about his prospects over the next few months as he welcomes a team of younger horses into the stable. “We’ve got a whole heap of yearlings coming in now so it’s an exciting time for the stable,” he said. “We’ve also got plenty of runners for next week so we’re just trying to keep it ticking over although I will probably be focussing on the metro races a little more than I have in the past.”