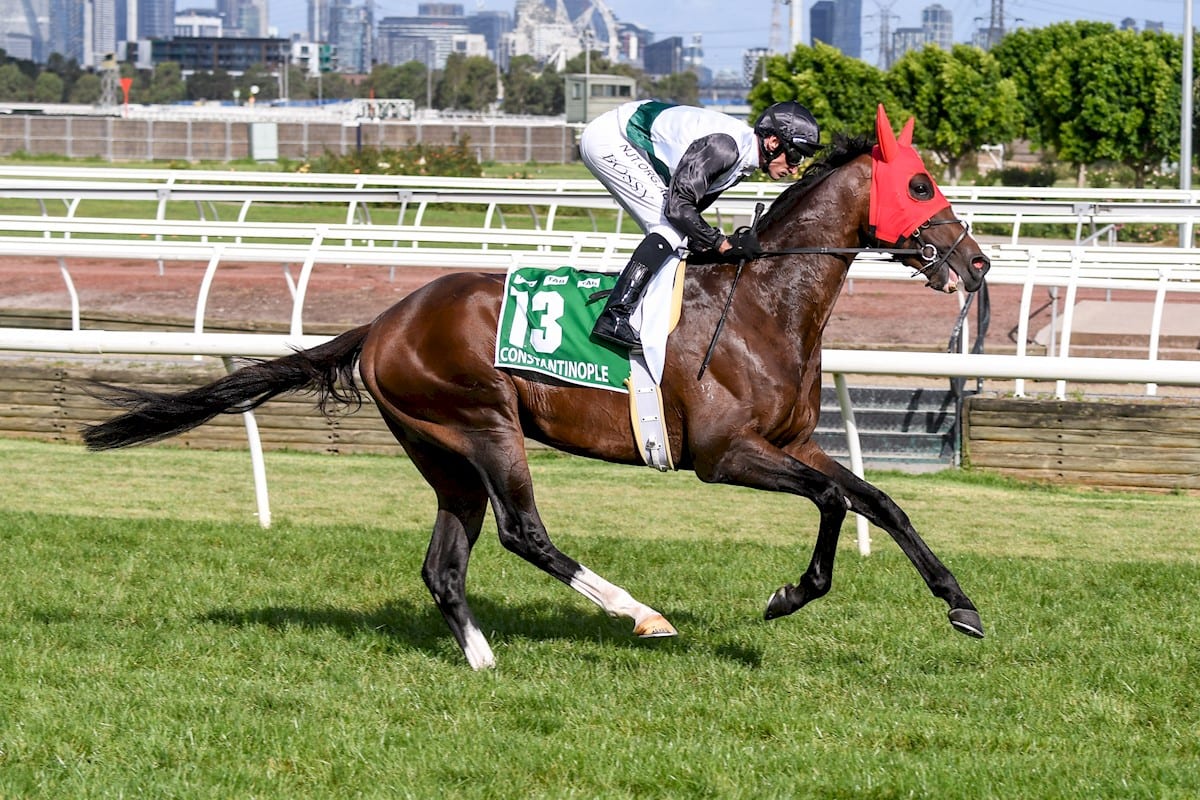 The Group 3 Easter Cup at Caulfield on Saturday will be a day of reckoning for imported galloper Constantinople.

Arriving from Ireland for the 2019 spring carnival, Constantinople was an eye-catching fourth behind Mer De Glace in that year’s Caulfield Cup.

Constantinople followed up running 13th to Vow And Declare in the Melbourne Cup and has raced only three times since.

After two autumn starts last year, Constantinople was gelded and following his return run in the spring, in which he finished last in the Heatherlie Stakes at Caulfield, a wind operation was called for.

Saturday’s 2000m Easter Cup will be the first time Lindsay Park has applied real pressure to Constantinople this campaign although they are happy with his progress.

“We were thinking of running him last week in the Golden Mile, but we decided to use a European style and go straight to the 2000 metres and run him at his distance,” co-trainer Tom Dabernig said.

“He’s been clearly disappointing since his runs in the Caulfield and Melbourne Cups.

“It’s his second prep as a gelding and he’s had the wind operation and we’re just hopeful a crossover noseband, a tongue tie and his breathing will turn him around.

“But until he gets under race day pressure, we won’t really know.”

Dabernig, who trains Constantinople with his cousin Ben Hayes, says the gelding is physically stronger than when he arrived and very sound, not one that will feel the effects of hard ground.

Stablemate Harlem is set for one more start after finishing 12th in the Australian Cup last month.

“He pulled-up so well and sound, we thought we’d try and send him out on a good note,” Dabernig said.

“There’s a chance he may go to Living Legends, if not he’ll be retired to Lindsay Park.”