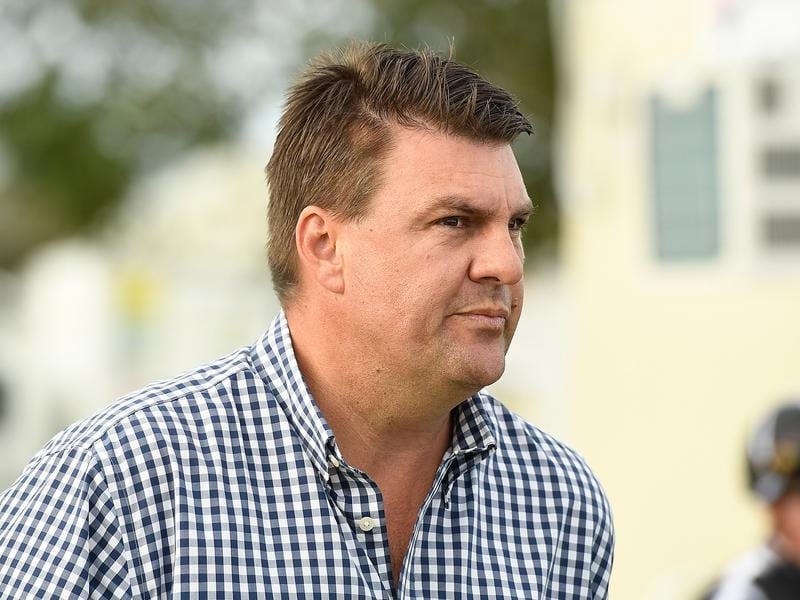 The new Brisbane training partnership of Robert Heathcote and Chris Anderson swings into action for the first time at the Magic Millions March yearling sale.

They will continue to train from their Eagle Farm stables and will share the responsibilities of a busy business.

Anderson, a father of three children, said at this stage of his career it was a great opportunity.

“Robbie is nationally and internationally known and has a wealth of experience. The idea is to better cater for our clients while also having more time for family matters, etcetera,” Anderson said.

The pair will be at the Magic Millions sale at the Gold Coast this week looking for a solid base of young QTIS bonus horses.

“Rob got Buffering from the sale and it would obviously be nice to get another one like him,” Anderson said.

“QTIS is a great boost to Queensland racing and we want to have some ammo for next season.

Buffering was a seven-time Group One winner for Heathcote.

The new combination is also trying to come up with a set of new colours.

Heathcote has distinctive pink and black colours while Anderson’s are predominantly red.

“We have been mucking about with various sets but we will come up with something in the coming weeks,” Anderson said.

The new partnership hopes to have its first runner in early May.