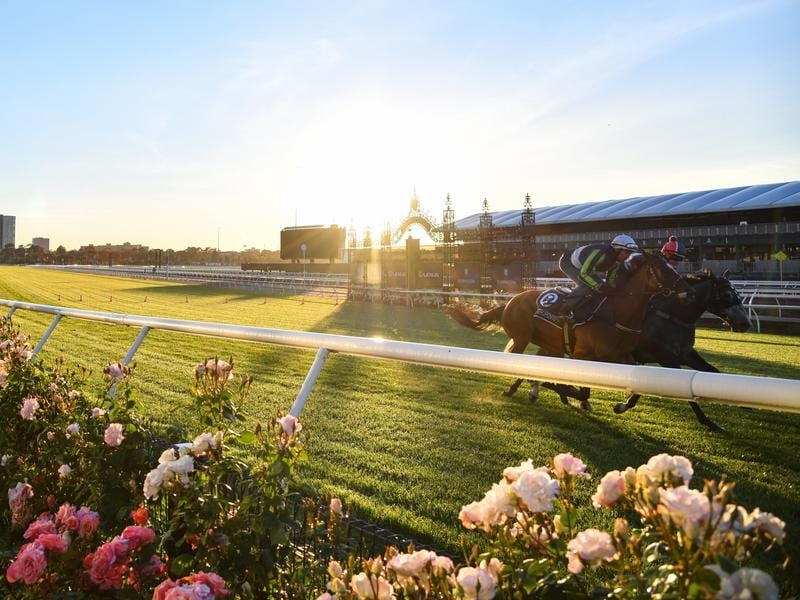 A start in the Melbourne Cup for imported stayer Neufbosc will hinge on his performance in the Hotham Handicap at Flemington.

Neufbosc is No.24 on the order or entry for the Cup and can be leapfrogged if he does not win the Hotham with the winner of Saturday’s 2500m-handicap guaranteed a start.

Of the 28 nominations for Saturday’s race, 18 remain as third acceptances for the Cup three days later.

Lindsay Park senior trainer David Hayes said Neufbosc would not be an acceptor for the Cup if he performed poorly on Saturday.

Neufbosc finished ninth in the Geelong Cup on October 23 at his latest start and Hayes is hoping for some give in the track on Saturday.

“He needs to run very well and competitively on Saturday otherwise we won’t accept with him for the Cup,” Hayes said.

“He did work well with Rostropovich this morning.

“He jarred up the other day when he didn’t hit out on the firm ground so hopefully with a bit of rain about it’s a different race.”

Hayes said Rostropovich was due for a good barrier draw.

“He hasn’t been inside a horse since he’s been in Australia,” Hayes said.

Constantinople gave his companion, Victoria Derby runner Huntly Castle, a start in a gallop at Flemington on Tuesday, reeling him in easily.

Hayes said he was impressed at how far past the finishing post it took for Constantinople to pull up.

“I’m very happy with his fitness levels and I think we’re in a good space,” Hayes said.

“He picked up the other horse in his own time, gave him a big head start and was great over the last 200 metres.”