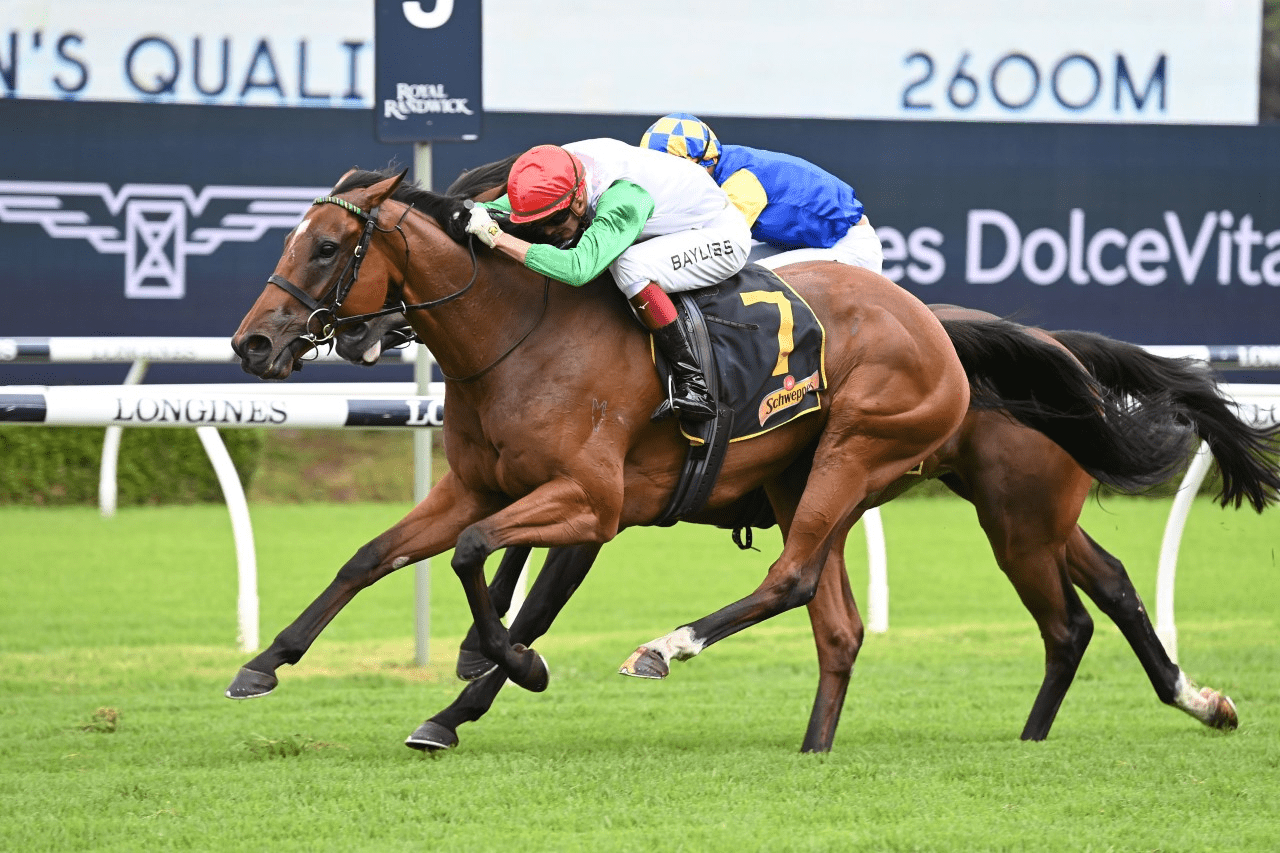 Michael Moroney has won his second Chairman’s Quality, with Nerve Not Verve proving too strong in the Group 2 event at Royal Randwick.

The six-year-old daughter of Shocking was sent out as a $31 chance with online bookmakers in the 2600m event under Regan Bayliss, but she proved too superior for her rivals, winning by a quarter of a length over a game Knight’s Order.

Winning trainer Michael Moroney said post-race that he probably should have nominated her for next Saturday’s Group 1 Sydney Cup (3200m), so he says connections will have a good think about where she goes next.

“We were going to go the Launceston Cup and she went terribly one day at Moonee Valley and come close to retirement actually,” Moroney said.

“I thought she was just badly in season that day and then she come out and won her next start. The noms for the Sydney Cup were closed about then.

“She’s due to be sold in the broodmare sale, but they might keep going another year again now.

“She was due to be sold last year too. She’s a really good staying mare. I’ve always been a believer that she would stay, even though some of the jockeys told me that they didn’t think she would.

“I think the combination of her learning to relax a little bit more in this sort of ground she’s obviously adept in it. She’s done a great job.”

Moroney suggested that should connections opt not to sell her in the near future, Queensland could be on the radar, where races like the Q22 and Brisbane Cup could be targeted.

We’ve got a little to think about now whether we head to Queensland or what we do with her,” he said.

“She’s deep into her preparation but as you know with mares like that they can stay in form and she’s done a really good job.

“She gave us signs during the week her work was up to the best she’s ever worked, I just couldn’t fault her. I knew she was hard and fit and probably the first trip I’ve had her 100%.”

Third placegetter Luncies put in a nice Sydney Cup trial, with jockey Robbie Dolan saying that if the track dries out before Day Two of The Championships, he will be competitive in the two-mile feature.

“Good run. If the track dried out he’ll be in the finish next week,” he said.