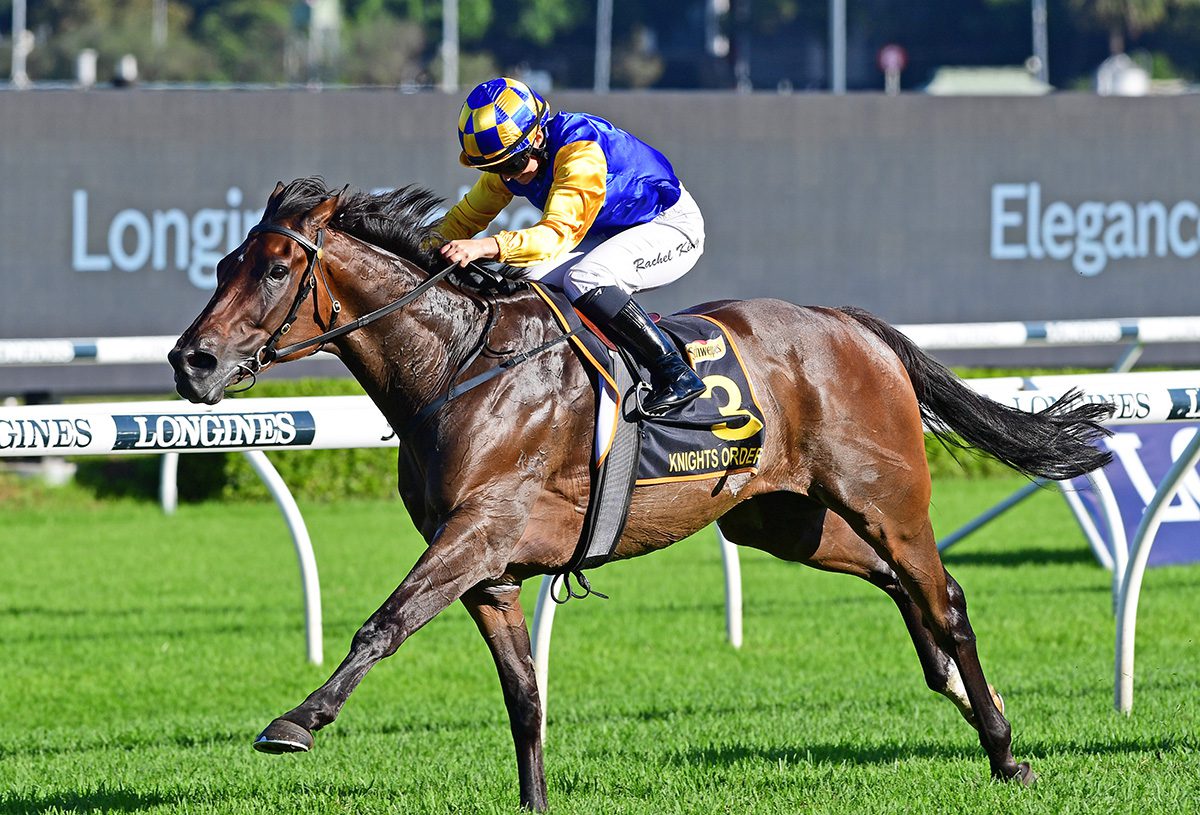 A masterful front-running ride by Rachel King delivered Knight’s Order his maiden Group 1 victory, running his rivals into the ground in the Sydney Cup (3200m).

The Gai Waterhouse & Adrian Bott-trained stayer was well supported in betting, firming into $8, while early favourite Stockman drifted from $4.80 out to $7.50 prior to the jump.

Having drawn ideally in barrier one, the son of So You Think didn’t see another horse throughout the two mile event, leading from go to woah.

Sheraz was able to run second, while Daqiansweet Junior closed off stylishly to finish third, with a large gap back to fourth.

“He was the nicest horse ever to ride over 3200m and to get one for Gai (Waterhouse) it means a lot definitely,” King said.

“She’s been such a huge supporter of mine and being apprentice to her for so long, it’s just fantastic to get one for Gai and Adrian (Bott) and the team.”

“He actually started towing me into it at the 1000m and I know he’s fit, he’ll just keep staying.

“It was only if something was going to have a slightly better turn of foot and I tried to take that out of the equation from the half mile by keep stepping him up. The horse was just beautiful to ride.”

Knight’s Order, who finished 19th in the 2021 Melbourne Cup, has given his owners a great ride in his 26-start career, amassing more than $1.6 million in prizemoney after today’s win.

Co-trainer Adrian Bott said that it was “very satisfying” to deliver the owners a hard-fought Group 1 win.

“Fantastic feeling, we’ve got a great bunch of owners here involved with this horse, they really enjoyed that win,” Bott said.

“Very satisfying to be able to deliver for them.

“He loved the conditions, so I was really confident with him in regards to that. He’s had a great lead-up building towards this particular race.

“He’s had plenty of miles, he’s proven over the two miles before Brisbane Cup winner so I was confident on a lot of fronts there. Just needed things to go our way in the race and when Rachel (King) was able to dictate in the way that she did, it was a really calculated ride by her so she’s got to take a lot of credit for that. She was able to give him every chance and opportunity from there and he was too strong.”