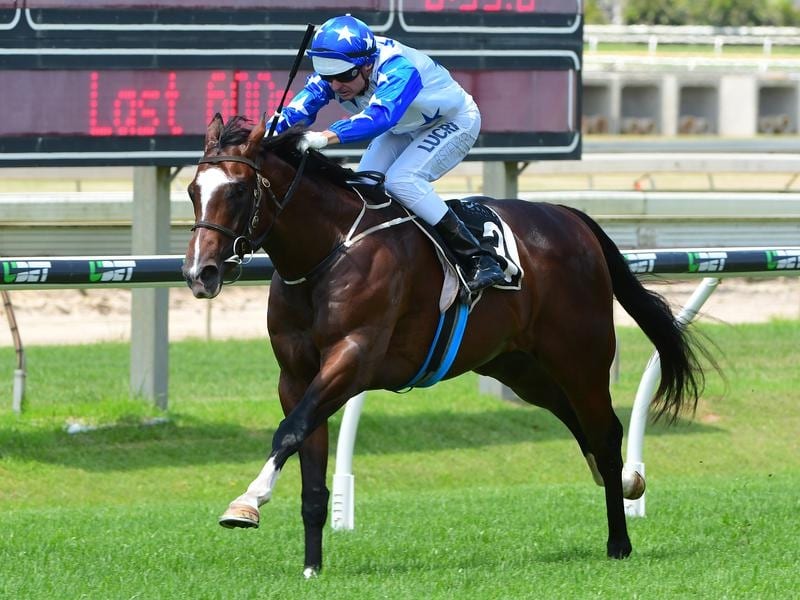 Liam Birchley is eyeing another win in the Karaka Millions after Neptune’s Spear produced a stylish all-the-way win at Doomben.

Ridden by Brad Stewart, Neptune’s Spear led throughout to win the Novotel Brisbane Airport Handicap (1050m) on Saturday by 1-1/4 lengths as a $3.10 favourite.

Birchley plans to give Neptune’s Spear one more start before aiming the colt at the Karaka Millions (1200m) at Ellerslie in late January.

“He ran as good as he looks and hopefully he’ll get a bit more professional going forward,” Birchley said.

“He’s a real athlete and a colt that doesn’t look like he’ll get too heavy and he’s still very calm at this point.

“So far his temperament has been flawless.”

Stewart said Neptune’s Spear would continue to improve as he gains more experience with racing.

“When I asked him for an effort he didn’t know what to do with his legs but having that run under his belt will improve him,” Stewart said.

“He was good while I had hold of him but when I let him go he didn’t know much about it.”

Birchley will aim to win the Karaka Millions for the third time.