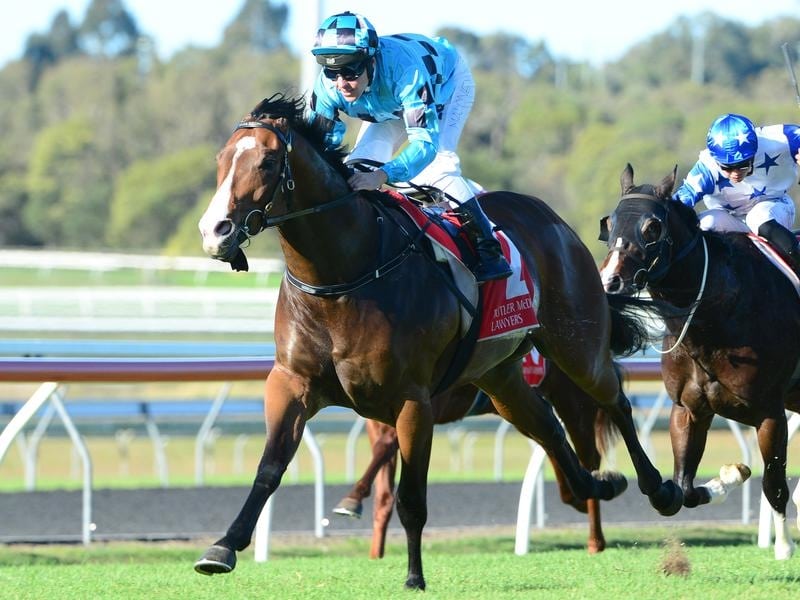 Trainer Steve O’Dea will again be a big player in some of the main races at the Sunshine Coast but it is one of his rising stars who commands most interest.

O’Dea has Navy, Sabkhat, Hot To Hold, Pressway, Scallopini, Makes You Think, Francesca and All In The Reflexs representing his in-form stable.

It will be lightly raced Navy commanding plenty of interest when he has only his third start in the XXXX Take In The Gold Handicap (1000m).

Navy was beaten into second place at his first start at Grafton but demolished a maiden field at the Sunshine Coast two weeks ago.

“Things didn’t go right at Grafton but he showed what he can do last time,” O’Dea said.

Navy takes on a field of seasoned restricted-class sprinters but O’Dea feels he is up to the task.

The four-year-old is raced by an Aquis Farm syndicate and the group have been instrumental in O’Dea’s rise to prominence.

O’Dea is leading the Queensland metropolitan premiership after the win of Mullaghmore, also owned by Aquis, at the Gold Coast on Wednesday.

“I have been lucky to get some very good owners such as Aquis and the Proven Throughbred syndicate which have got right behind me with some nice horses,” he said.