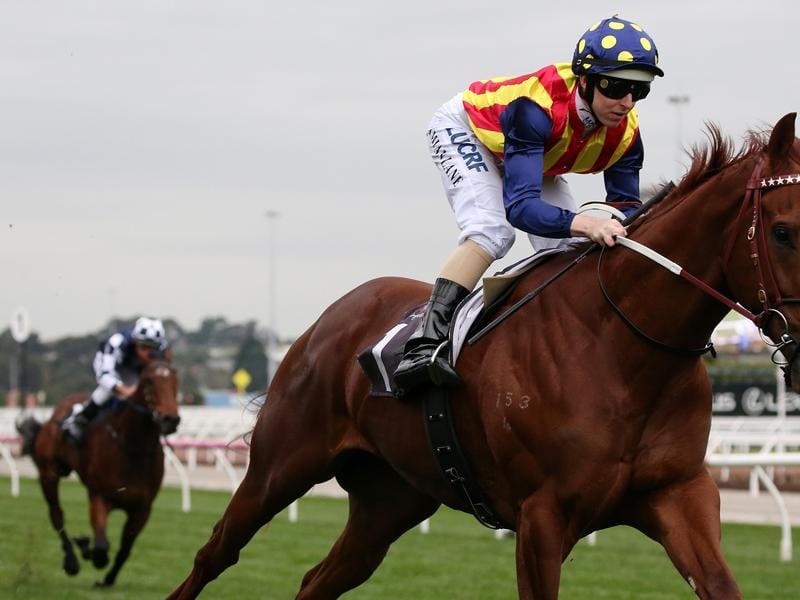 Victoria’s premier trainer Darren Weir has already started spring in dominant fashion and budding star Nature Strip is waiting in the wings to make his first appearance of the season.

A week after training five winners at Caulfield on Saturday, Weir will send Nature Strip to the Group Two McEwen Stakes (1000m) at Moonee Valley to stake his claim for a slot in the $13 million Everest.

His McEwen opposition is expected to include the Anthony Freedman-trained triple Group One winner Shoals who is already a confirmed runner in next month’s Everest at Randwick.

Nature Strip has seven wins from 10 starts and is unbeaten in three starts since being transferred to Weir earlier this year.

He left Magic Millions winner Sunlight in his wake last start when he won the Listed Lightning Stakes (1050m) by six lengths in Adelaide on July 28.

The gelding has quickly made an impression on Weir and is on the third line of betting at $8 for The Everest with two slots remaining.

“He’s the best sprinter I’ve ever had,” Weir said.

“And he should be in the race.”

Weir’s five wins at Caulfield were highlighted by Humidor in the $1 million Group One Memsie Stakes.

Caulfield Cup favourite Kings Will Dream ran a slashing race for a close third in the Memsie while Native Soldier moved to the second line of Caulfield Guineas betting with his win in the McNeil Stakes.

Weir also has Caulfield Cup aspirations for Night’s Watch after his victory in a 1400m-open handicap while Everest-bound Group One winner Brave Smash started his campaign with a third in the Group Three Heath.

Mark Zahra is likely to ride Nature Strip on Saturday with Damian Lane suspended for careless riding in the straight on Humidor in the Memsie.

By beginning the ban after Sunday’s Geelong meeting, Lane will be back in time for the following weekend to ride Humidor in the Makybe Diva Stakes.

Weir said Nature Strip had remained in work since his Adelaide win and was scheduled for a jump-out on Tuesday at Mortlake to cap his McEwen preparations.

“He trials on Tuesday and he’s ready to go. He’s in great shape.”