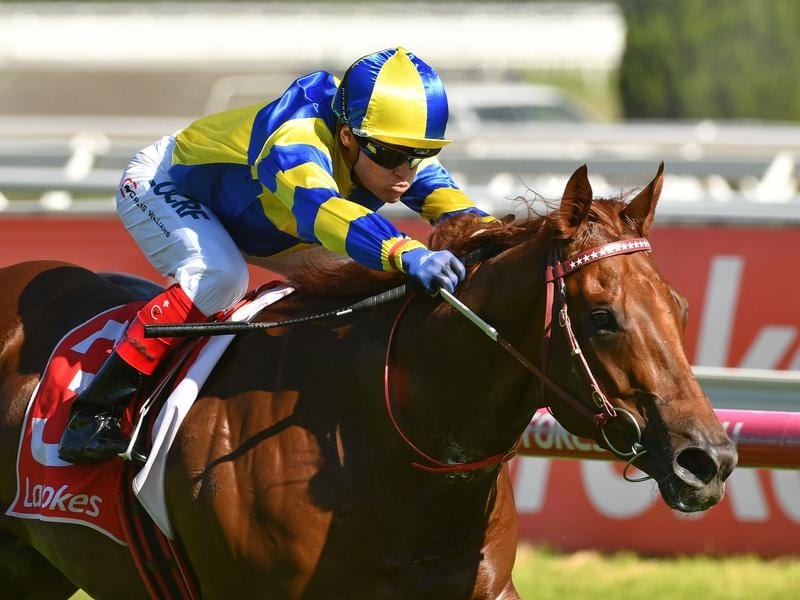 Native Soldier has moved to the top of betting for the Magic Millions 3YO Guineas with his defeat of the older horses in the Listed Christmas Stakes at Caulfield.

But the colt will need to prove his fitness after returning to scale following Wednesday’s win lame in his right foreleg.

Native Soldier had his price slashed from $6 to $3.50 after his emphatic victory in quick time but watching the colt return to scale post-race, trainer Darren Weir noticed the colt’s action was wrong.

“We’ll have a look and see how he is when he cools down and we’ll get a better indication tomorrow.”

Native Soldier carved out the 1200m in 1:08.57 after trailing the leader Runson.

Weir said he had seen improvement in Native Soldier’s racing manners since he he was a spring three-year-old.

Native Soldier won the Guineas Prelude at Caulfield over 1400m before running running 12th behind The Autumn Sun in the Caulfield Guineas.

“He’s got plenty of upside. One day he’ll win a good race over a mile,” Weir said.

“Since he’s had the little break, his two runs back he’s relaxed very well whereas before he’d jump and go a little fierce.”