Napoleon To March On Despite Wide Draw 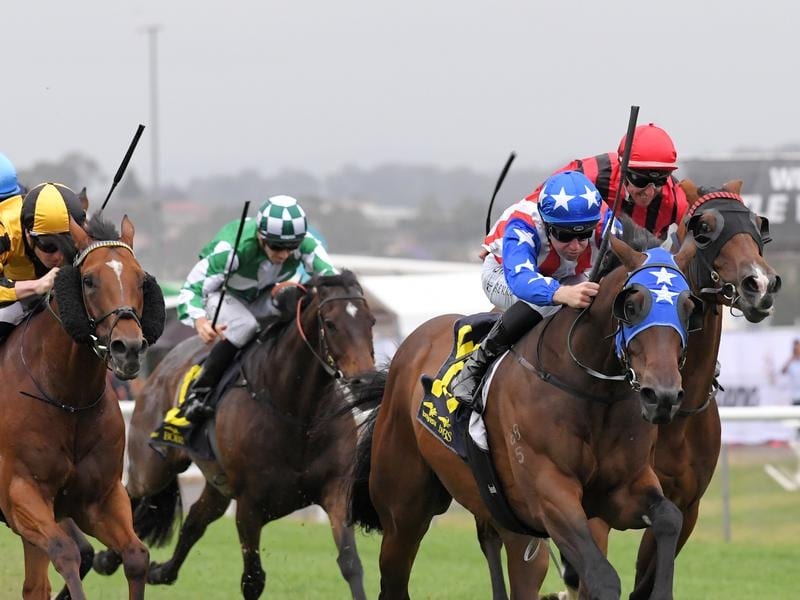 Napoleon Solo cannot take a trick when it comes to barrier draws but co-trainer Peter Snowden is relying on a small field and a class edge to help his bid for back-to-back wins.

A last-start winner at the stand-alone Kembla Grange meeting, Napoleon Solo was due to race at Randwick on Villiers Stakes day but was scratched when he drew an outside gate.

He has fared little better at Randwick a week later with another wide draw in Saturday’s Schweppes Handicap (1400m).

“We were going to run him last Saturday, that was the plan, but he drew 19 so that took that off the board,” Snowden said.

“He’s drawn nine out of 10 on Saturday so he’s not having much joy with the draws. But the smaller field helps and it’s a case of we have to run him now.

“He has done particularly well. He is fresh and he races best when fresh so there’s no reason why he won’t run well on Saturday.”

Napoleon Solo has always shown promise but struggled for consistency early in his career, prompting connections to have him gelded at the start of his current preparation.

Hugh Bowman has the ride on Saturday with the horse on the third line of pre-post betting at $5.

Stablemate Yulong Yuheng is at double-figure odds for the Ranvet Handicap (1200m) and comes to Sydney after three unplaced runs in Melbourne.

Snowden says the import’s form belies his ability and if he brings his trackwork to the races he is capable of sharp improvement.

“It has been frustrating to see him work so well and just not put in a better performance race day,” Snowden said.

“A lot of it is he’s been let run too hard, too early.

“If we can just rate him a bit better I think he will run better.”

Smartedge will tackle the December Handicap (1400m) for the stable on his way to the Gold Coast for a Magic Millions target.

“His first-up run was good and he drops significantly in weight for this race on Saturday in a race which probably suits him,” Snowden said.

Yitai Synergy rounds out their team of older horses for Randwick while juveniles Aim and Stellar Pauline bid to continue the stable’s strike rate with two-year-olds.