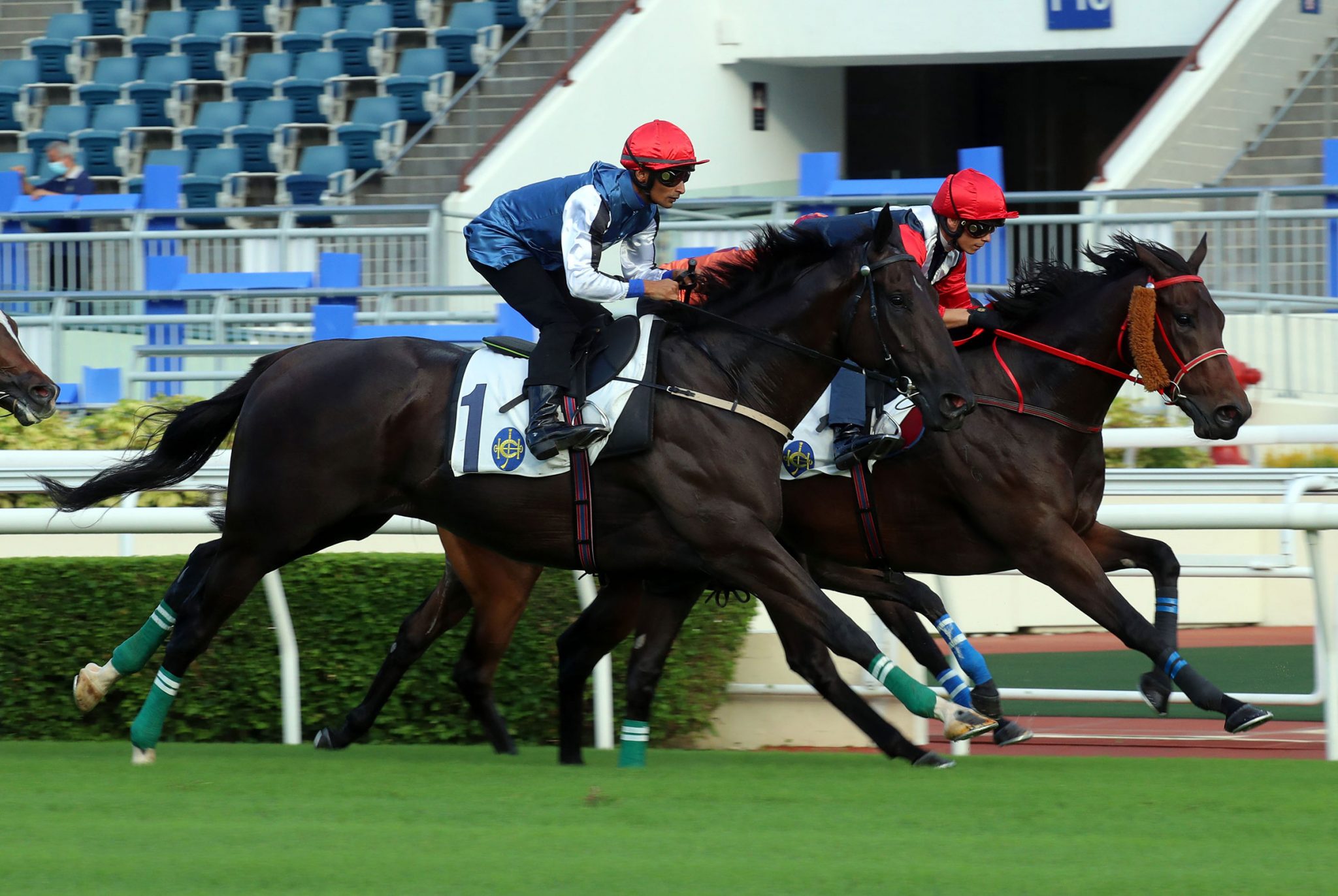 Intent on regaining a foothold near the top of the Hong Kong training ranks, David Hayes will unleash boom sprinter Naboo Attack on the Class 1 HKSAR Chief Executive’s Cup (1200m) at the 2021/22 season-opening meeting at Sha Tin on Sunday 5 September.

Hayes was left with mixed feelings after the giant gelding – who weighed in at 1360 pounds on debut last season – began tardily in a 1000m barrier trial at Sha Tin yesterday morning, Saturday 28 August, before surging to the line under Karis Teetan to finish second – beaten a neck – to Manfred Man’s Trillion Win, who clocked 58.48s.

“He missed the start, which is a bit of a concern but I think it’s because the gates are too small for him. He’s such a big horse,” Hayes said.

“He missed the start by three lengths and could have won if he didn’t do that.

“Karis said he felt like a good horse, he liked him. If he sorts his gates out, we’ll be very happy.

“I think we’ll go to the races. We’ll take it race by race. He’s at the 90-mark now and he’s got to perform at the 100-mark for me to start looking at the really big races. I’m pretty hopeful he’s a good one.”

A winner of five of seven starts in Australia as Command ‘N’ Conquer, Naboo Attack on 30 May joined a select band of gallopers to triumph in Class 2 in Hong Kong on debut – a rare feat – with success over 1200m.

That performance, which drew a HKD$1 million High Achievement Bonus in recognition of Naboo Attack’s effort to win a Class 2 before turning five, prompted Hayes to elevate the massive gelding to equal status with unbeaten Fantastic Treasure as the best horse in his stable.

“Him (Naboo Attack) and Fantastic Treasure are the two obvious ones at the moment. Put it this way, you would put him down as a Group horse in Australia,” Hayes said.

With 32 winners last term, the dual Hong Kong champion trainer is intent on substantially boosting the haul this season.

“I’m expecting to have a lot better season by simple maths – instead of having 63 new horses, I’ve got 63 second-season, acclimatised horses,” he said. “I’m going to have more consistency, I think.”

The Melbourne Cup-winning trainer confirmed Fantastic Treasure remains on target for the Four-Year-Old Classic Series, where his main goal is the HKD$12 million Hong Kong Classic Mile (1600m) on 30 January.

“We expect him to be running in the middle of October and he’ll be prepared for the Classic Mile,” Hayes said. “If he is able to run further than a mile, he’s going to be very hard to beat in anything further with his speed.”

Hayes is hopeful sprinter Master Montaro can add a third win to his Hong Kong record when resuming on 5 September.

“He’s down to run in a 1400m race on the first day and I’ve been very happy with his trials,” Hayes said.

Hayes expects to saddle up to six runners on opening day.