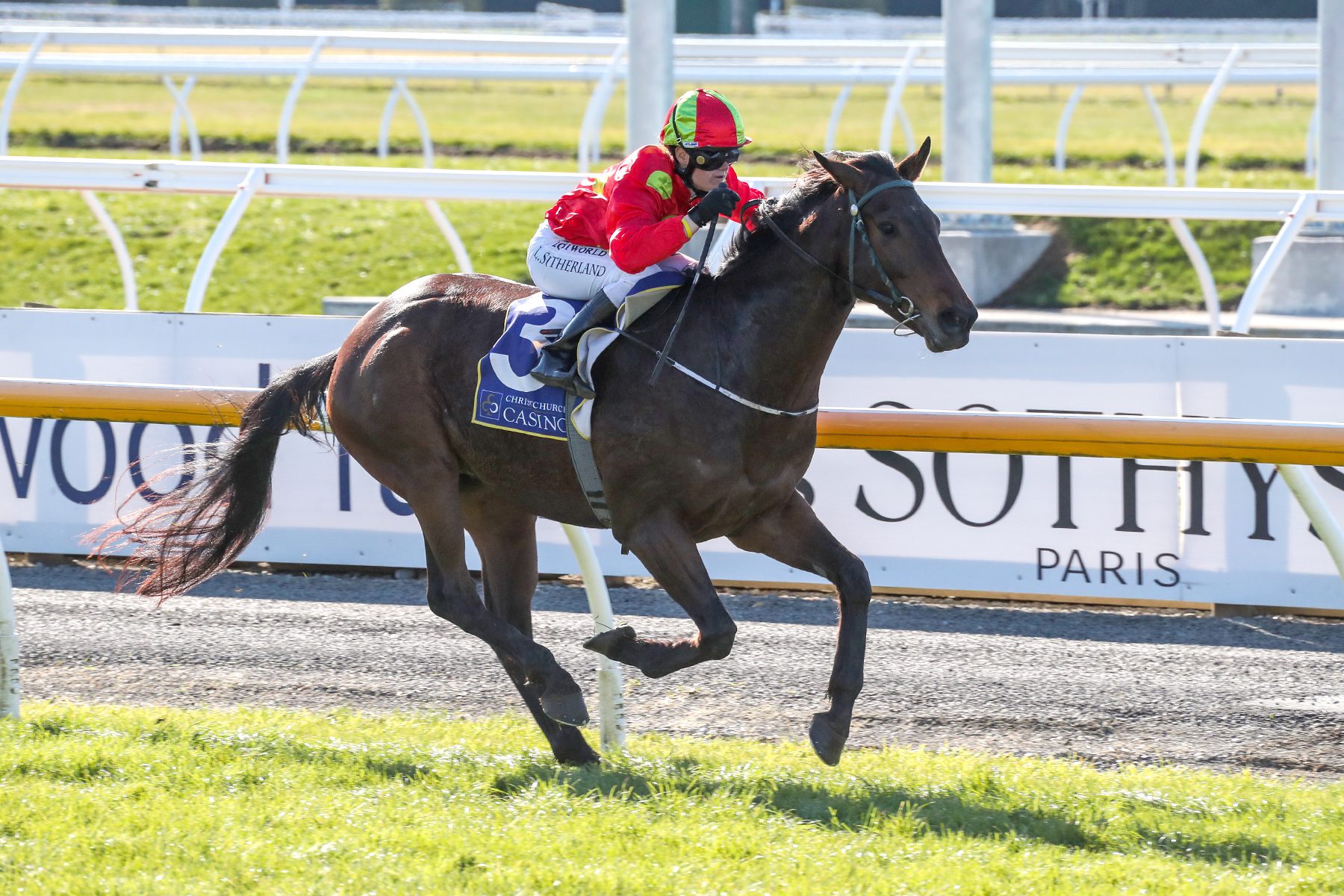 Wanganui trainer Kevin Myers continued to make the Riccarton Grand National Carnival his own as he produced a winning treble on the final day of the three-day meeting.

Myers bagged four wins on the first day last Saturday and then took out the feature event, the Grand National Hurdles (4200m) with Happy Star on Wednesday.

First day winner Hooks made it a double for the carnival when he repeated his first day victory in the hands of Kozzi Asano when taking out a rating 75 1200m contest before Kick On bounced back from an average performance when favourite in the Group 3 Winter Cup (1600m) to burst home along the rails in the hands of apprentice Lily Sutherland to score in the feature open 1400m event.

Sutherland then added a second victory on the day to her tally when guiding promising intermediate grade stayer Aljay to a convincing victory in a rating 75 2000m contest.

Asano’s skyward salute as he hit the finish line said it all as he paid tribute to Taiki Yanagida, wearing his friend’s breeches as a mark of respect to Taiki and the Yanagida family after he passed away earlier in the week from injuries sustained in a raceday fall at Cambridge.

“He jumped and travelled well and I didn’t really have to do anything once he hit the front as he kept rolling forward,” Asano said of Hooks.

“He handled the track well even though it is more holding than on the first day.

“I want to thank Taiki’s family for their support and letting me wear his jockey pants today and I’m just so thrilled that I could ride a winner for him.”

Sutherland was delighted with her win aboard Kick On who holds a nomination for the $5 million Caulfield Cup (2400m) in October.

“I really love him and I’m so grateful to the owners and to Kevin for putting me on him,” Sutherland said.

“We actually had a bit of interference going down the back, but he just kept trucking along which shows just what a horse he is.

“When I found the gap, he just went and he is ready to do much more than that as it was just so easy for him.”

Sutherland was still sporting a beaming smile three races later when asked about her ride aboard Aljay, who has now won three of his 12 career starts.

“He got a really good trip and I was happy where we were, so I was pretty confident (of a win),” she said.

“I was just hoping I could pick them up as they were going really well in front of me but he is just really really fit, so a big thanks to Kevin as he was ready to go.”

Myers has skipped clear at the top of the national trainers’ premiership courtesy of the treble, with nine wins to his name just two weeks into the new season.