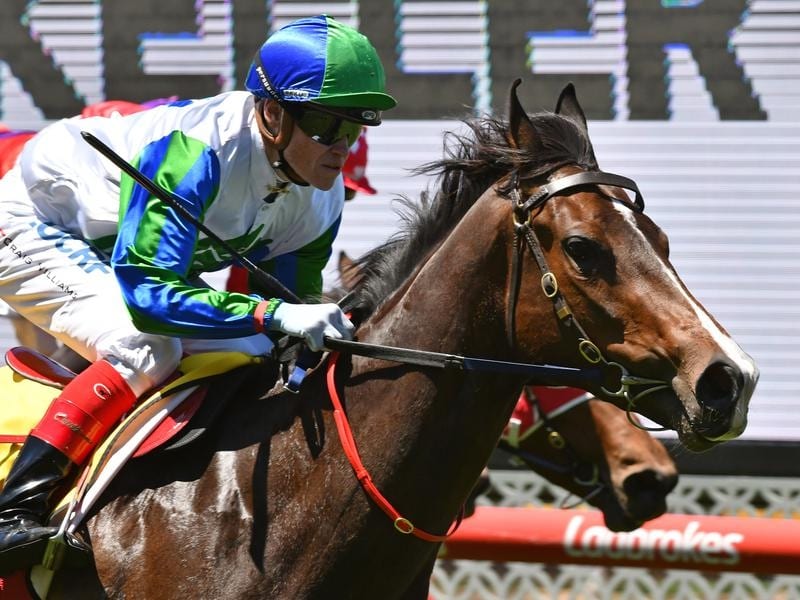 Progressive filly My Pendant has backed up a maiden city win at Sandown with another fast-finishing victory at Moonee Valley.

My Pendant broke her maiden at her third start last Wednesday week and trainer Danny O’Brien opted to back the three-year-old up 10 days later in Saturday’s Keller Handicap (1200m) against her own age and sex.

After settling back in the field on My Pendant, jockey Craig Williams was able to angle to the outside approaching the home turn and then the filly let rip once she balanced up in the home straight.

Despite laying in after hitting the front, My Pendant ($$4.80) scored by 1-1/4-lengths over Al Naifa with a neck to Notation third.

“She took up from where she left off at Sandown last week,” O’Brien said.

“She’s still doing a bit wrong, running in late, but she’s got that ability to really quicken.”

O’Brien believes My Pendant has stakes-class ability but could press on for another start this campaign over 1400m before turning attention to better-class races next time in.

“We were looking to run her at 1400 today but the race just wasn’t around so we had to stick at 1200 and she obviously had no problems winning again,” the trainer said.

“She will get out to a mile at some stage.”

My Pendant gave Williams an early winning double on two promising three-year-olds after also guiding Behemoth to a convincing win.