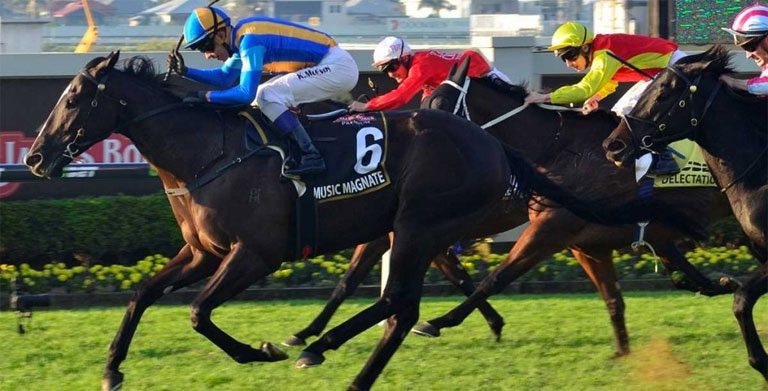 The five-year-old group one-winner enters the race as the +130 favourite ahead of Winterbottom Stakes-winner Takedown, which is on the second line of betting at the $3.20 quote.

Only thing that beats Music Magnate in the Victory Stakes is ‘that’ Eagle Farm track… don’t mind the $3 on offer with Sportsbet! #overs

The race looks to be Music Magnate’s for the taking.

The Bjorn Baker-trained gelding has missed a placing just once in its career across five first up starts, which has included two wins. Alongside the terrific record, the scratching of last year’s Victory Stakes winner Fell Swoop also helps the five-year-old.

Fell Swoop’s trainer Matthew Dale said that the horse is being aimed at the Doomben 10,000 and given it endured the strenuous Randwick track during The Championships, no risks are being taken.

“He is being aimed at the (Group One) Doomben 10,000 in a bit over two weeks which is now being run at 1200 metres. The idea is to keep him on the fresh side after his last-start third in the TJ Smith Stakes.

“He deserves a group one win and this will give him his best chance.”

Sportsbet.com.au representative Will Byrne said the chips are all falling into place for the Bjorn Baker runner.

“Music Magnate opened his Group 1 account in Brisbane last year and he looks in good shape for this year’s winter carnival campaign. He trialled well, has a great first-up record and can handle the wet, which may help on the tricky surface,” Byrne said.