Murphy To Ring The Bel At Sunshine Coast 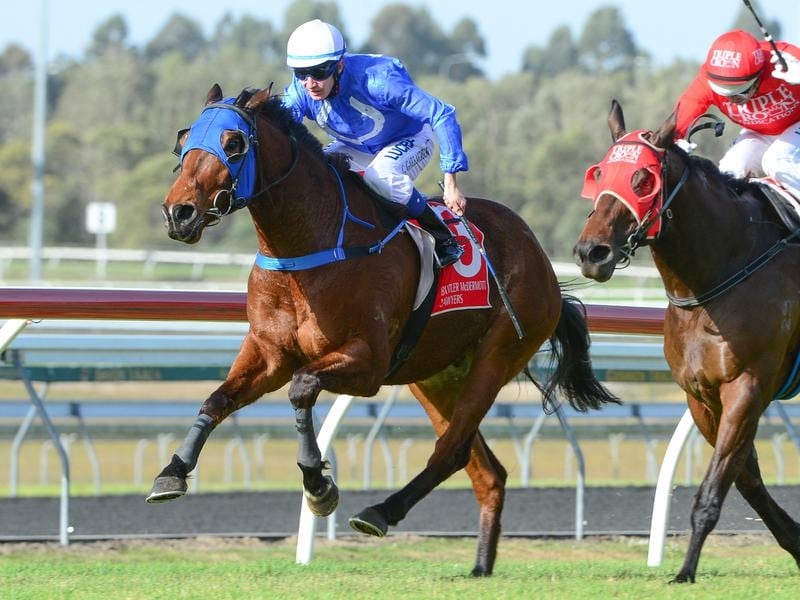 Bel Burgess is looking for his second win over the Sunshine Coast 1400m in the Marcoola Surf Life Savig Club Handicap on Saturday.

The gelding raced mainly in Victorian provincial and country areas for Geelong trainer Michael Roebuck although he did win at Moonee Valley and Sandown.

The best of Bel Burgess’ wins was in last year’s Wodonga Cup and he was a close second in the $250,000 VGold Mile behind smart Burning Front..

Since joining Murphy at Eagle Farm, Bel Burgess has been a solid performer and last start won a benchmark race leading all the way at the Sunshine Coast.

“I trained a horse for his owners, the Walsh family, a few years back and they decided to send me Bel Burgess looking for easier races up here,” Murphy said.

“I was hoping to win the Murwillumbah Cup with him but we got caught in a traffic jam and missed the race.”

“His last-start win was good and I think he is up to Open class here.”

Apprentice Michael Murphy will claim 2kg on Bel Burgess, ensuring the galloper gets into the race with 52kg.

“There doesn’t look an abundance of early pace so with the light weight he should be able to sit on the pace,” Murphy said.

Murphy was the leading apprentice in Brisbane in the 1980s but was forced out of the saddle by weight problems.

He worked for Bart Cummings for several years and had a seven-year stint in Dubai before returning to train in Brisbane.

He has been rebuilding his team in the past year after being seriously injured riding trackwork two years ago.

Murphy suffered a neck fracture but has recovered and has led in series of winners with horses such as Archer’s Paradox, Shot Across the Bow, Stellacraft and Sonar Dancer.